Brexit: MPs tell PM Theresa May to get new deal with the EU 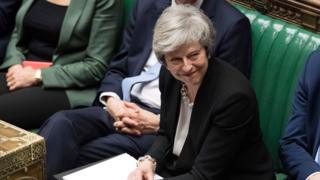 MPs have agreed to back Theresa May's Brexit plan... IF she can get rid of the Northern Irish backstop.

The Northern Irish backstop is the part of the 568-page deal that sets out what will happen to the border between the UK and Ireland if the UK and the EU don't come up with a plan during the two-year transition period after the UK leaves the European Union at the end of March.

Confused? The main thing you need to know is that 'the backstop' is probably the biggest problem for the Prime Minister. There's lots of different ideas about how to solve it, but Mrs May has to be the one to decide how to do it. Then she has to get the EU to agree.

The Prime Minister is expected to carry on holding talks with European Union leaders over the coming days to try and get a new deal for the UK leaving the EU.

But the EU has said it will not change the legal text agreed with the UK PM in their original deal - which MPs have already rejected.

Mrs May will also hold talks with Labour leader Jeremy Corbyn after MPs backed an amendment rejecting 'no deal'.

In the vote, held on Tuesday evening, MPs were asked to vote on a series of different issues.

The plan was for MPs to give Mrs May a clear idea of what she could say to the EU.

How did they vote? 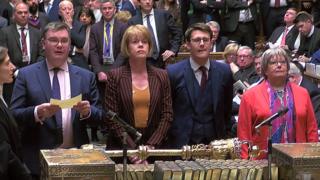 MPs voted - 317 MPs to 301 - in favour of replacing the Northern Irish backstop, and backed an amendment telling her to come up with an alternative idea.

It would effectively keep the UK inside the EU's Customs Union - an area with shared trade agreements that can help some businesses - but with Northern Ireland also having to follow some extra EU trade rules. For some people this is a big problem though as they say the UK voted to leave the EU, and the Customs Union is a big part of that. 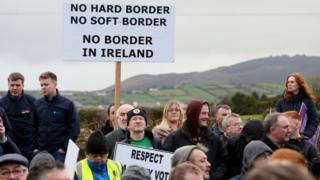 The Prime Minister will now need to come up with a new plan to try and avoid a "hard border" between the two countries.

A hard border might mean border checks on goods and on people, something both the EU, Ireland and the UK say they want to avoid.

UK politicians also told Mrs May they didn't want a 'no deal' Brexit.

A no deal Brexit would mean the UK would leave the European Union (EU) on 29 March 2019 with no agreements in place about what their relationship would be like in future. 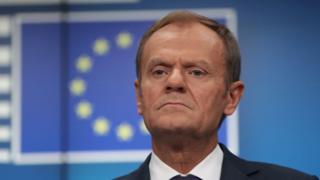 Various EU leaders have suggested that despite the UK vote, there will be no new changes to the deal they've already agreed.

French President Emmanuel Macron also said the agreement was "not renegotiable", while Irish Foreign Minister Simon Coveney said the backstop arrangement remained "necessary" despite the vote in the UK House of Commons.

In short, lots of important people in the EU have told Mrs May already that they don't want to discuss a new plan.

If the EU refuse to let the Primer Minister make any changes to the original deal, it's not entirely clear what would happen next. 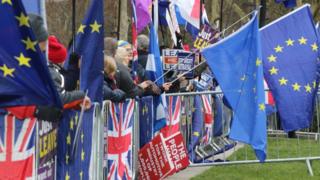 It could mean Mrs May going back to parliament again and get MPs to suggest other changes to the deal, that she would then need to persuade EU leaders to agree to.

The Prime Minister said that, after taking the votes into account and talking to the EU, her revised deal would be brought back to the Commons "as soon as possible" for a second "meaningful vote".

There are 58 days left before the UK officially leaves the EU at 11pm on 29 March.

Your Brexit questions answered by an expert