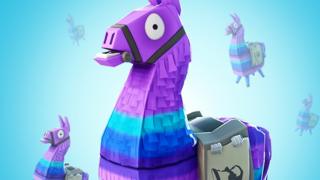 The creators of Fortnite have said they are changing some loot boxes so you will be able to see what's inside before buying them.

Lots of games let players buy these boxes, which contain random items and customise options, but typically you don't know what you're going to get.

In Fortnite, the loot llamas - available to buy in the Save the World game mode - can be bought using the game's special money called V-Bucks. At the moment, a player can buy 1,000 V-bucks for £7.99.

Should gaming be considered as gambling?

What's the issue with in-game purchases, like paid loot boxes?

But Epic Games, which makes Fortnite, has been criticised because some people think that this is a form of gambling.

By showing players what it inside the boxes, this may help to address this problem.

The company have said that in the next update to the game, "any llama available in the V-bucks store will show its contents without requiring a purchase". Similar item-filled llamas earned solely through gameplay will still hold random items. 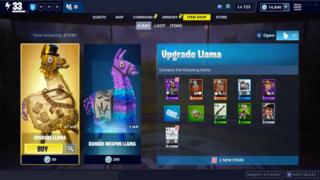 Empics
Players will now be able to see what is inside loot llamas before they buy them, but this change won't affect free llamas

This means that the contents of any free loot llamas will still be a surprise. It also won't affect the llamas found in the Battle Royale mode, as these aren't loot boxes and players don't keep their contents after the game finishes.

How do games make you want to buy loot boxes?

Last year, Belgium took a stand against this and banned loot boxes in video games.

What do you think of this change? Let us know in the comments below.

Screen time: It's impossible to recommend time limits for kids