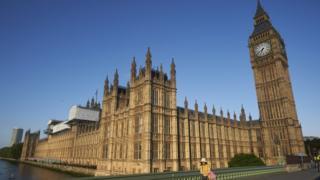 Parliament is where politicians meet to decide laws and make decisions for the UK - for example, how money is spent on schools, hospitals and the police.

The Houses of Parliament are in the Palace of Westminster in London.

There are more than 1,000 rooms and more than two miles of corridors!

More about the UK Parliament

What are the three parts of Parliament?
How are UK laws made? 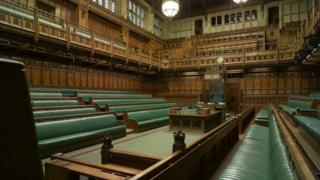 Universal Images Group / Getty
This is the House of Commons, with its famous green benches, where MPs sit to discuss matters affecting the UK

To make a law you start with a 'bill', which is an idea that someone thinks will make a good law.

The idea normally comes from the government. This is called a government-sponsored bill.

It can also come from an ordinary MP. If it does, it is called a private member's bill. 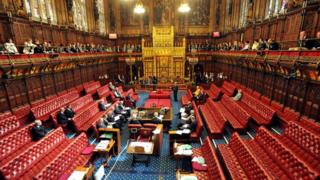 PA
This is the second chamber in the Houses of Parliament called the House of Lords, with its famous red benches

The bill can start in the Commons or the Lords, but it must pass through both Houses.

Then, it goes to the Queen for Royal Assent - meaning official approval from the monarch - which always happens last.

What stages are there to pass a bill? 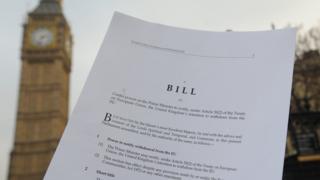 Writing a bill is called drafting. The bill must be written carefully as mistakes could produce a law that is unfair or has 'loopholes', which could allow people to ignore it.

Next, the person(s) bringing the bill can formally tell everyone that they are going to start the process of making the bill into a law.

When someone announces this in the Houses of Parliament, it is called a first reading. 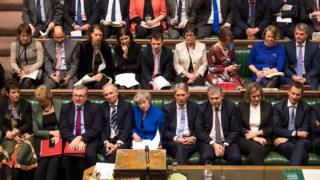 At the second reading, the bill is explained.

The reasons why the bill is needed are debated. Those people who want the bill to become law must convince others that it is worthwhile.

After the bill has been explained and talked about, there is a vote.

The members of the House - this could be Commons or Lords, depending who brings the bill - will decide if the bill should continue its journey towards law.

The bill must receive over half of the votes to get past the second reading.

A committee is a group of members of either House that looks at the detail of a bill and suggests changes.

There are two types of committee:

A 'committee of the whole House' is common in the House of Lords. In the Commons, it is reserved for very important laws, such as those that prevent terrorism.

If either committee believes the bill needs to be made different in some way, they will suggest changes called amendments. Amendments must be voted for by both Houses.

The committee prepares a report on the bill and explains any amendments that have been suggested. 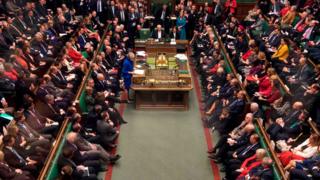 After the committee has reported back to the House, the bill receives its third reading.

The third reading is the point when another vote is taken on the bill.

The House must decide whether it wants the bill, with its amendments, to become law.

Moving to the other House 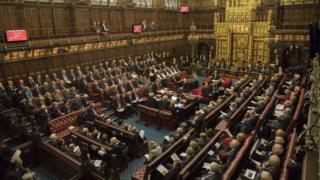 All bills must pass through both Houses of Parliament.

If one House approves a bill, and it passes to the next House for approval but amendments are made, it will need to pass back to the original House - with the amendments made - to be voted on again.

Any changes (amendments) made have to be agreed by both Houses.

If the House of Lords votes against a bill that the Commons wants, it can be delayed for a year, but the Lords cannot permanently block a bill. 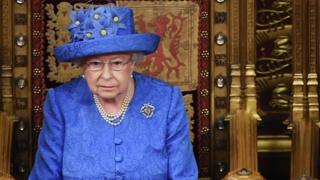 The Queen - in her role as head of state - gives royal assent to the bill.

This is the final stage of the bill's progress in Parliament and is essentially the monarch's official approval.

The bill will then become an Act of Parliament.

It does not necessarily become law straight away. Some acts come in to force after a set period of time.

This is to allow people to change their behaviour, so they do not break the new law.

Hung Parliament: What does it mean?