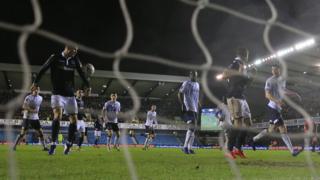 Everton boss Marco Silva said the video assistant referee rules in the FA Cup should be used in all games, after his side were beaten by a controversial Millwall goal.

Millwall's Jake Cooper scored an equaliser with what appeared to be his arm, but VAR was not in use because the Championship side were at home, and the system is only being used at Premier League grounds.

VAR is used to help officials on the pitch make or clarify a decision, allowing them watch the action back on video replay.

There have been lots of games over the years that could have done with some video assistance. Here's five times having VAR could have changed history... 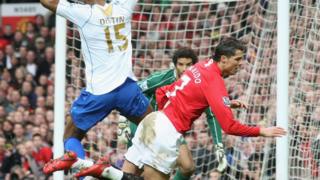 No-one predicted that Portsmouth would come anywhere near close to winning the FA Cup in 2008. Probably not even their manager, Harry Redknapp. Football isn't always predictable though and they managed to lift the cup by beating Cardiff 1-0 at Wembley.

The club's real triumph happened a lot earlier in the competition though. At the quarter final stage, Portsmouth beat Premier League champions, Manchester United, at Old Trafford. That same Manchester United team would go on to win the Champions League.

However, it could have been really different for Portsmouth if VAR was in place. Portsmouth defender Sylvain Distin brought Cristiano Ronaldo down in the box and, to pretty much everyone's surprise, the referee waved play on. 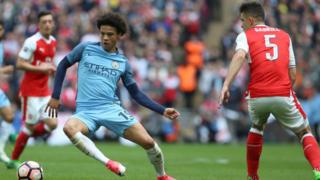 Arsenal won the 2017 FA Cup, beating Chelsea in the final. But, it might have been different if VAR was in place during the competition. In Arsenal's semi-final tie against Manchester City, the away side had a goal disallowed with the game still at 0-0.

Leroy Sané's left-wing cross for City was volleyed in at the far post by Sergio Agüero, but the ball was said to have gone out of play. Replays showed that it hadn't and Arsenal went on to win the game 2-1. To be fair though, it hasn't really damaged City, has it? 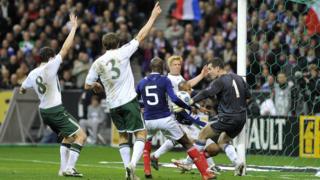 Republic of Ireland football fans do not have good memories of Thierry Henry. They don't remember him as one of the best goal-scorers in Premier League history. Instead, he's remembered as the ultimate heartbreaker. In 2009, Ireland were playing against Henry's France in a match to decide who would get to play in the 2010 World Cup.

It had gone to extra-time and with the game set to go to penalties, William Gallas scored to take France through. But, on that night in Dublin, it was Thierry Henry who truly had the luck of the Irish. It seemed that he'd controlled the ball with his palm, before squaring it across the goal for William Gallas.

After the match Henry admitted he'd handled the ball, but it was too late. Who knows what would have happened if VAR was in place? Ireland may well have got to the 2010 World Cup! 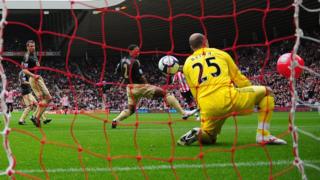 How does it feel to know that a beach ball has set up more Premier League goals than you? In 2009, Sunderland striker Darren Bent's shot beat Liverpool goalkeeper Jose Reina with the help of a massive deflection off a beach ball, which had been thrown onto the pitch by an away fan.

It's probably the most bizarre goal in Premier League history and referee Mike Jones was temporarily demoted after the decision. VAR would have disallowed the goal. Liverpool went on to finish seventh in the Premier League, seven points off Champions League qualification, leading to the departure of manager Rafa Benitez. How much of this was down to the beach ball? We don't really know. 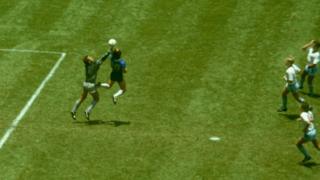 Unless you've been living under a rock, you've probably heard of the 'hand of God' incident. It's one of the most iconic images in football history. But just in case you haven't heard of it, Argentina beat England in the 1986 World Cup quarter-final when Diego Maradona used his left hand to beat Peter Shilton in the air.

Argentina won the game 2-1 but if VAR was in place Maradona's effort would have been disallowed and England might have been knocked out in a penalty shoot-out instead.