What is a hagfish, and why is its slime so amazing? 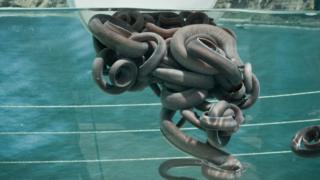 Can slime last for 100 million years? Yes, yes it can.

Scientists have discovered the fossil of an ancient hagfish with traces of its slime still preserved.

The hagfish is a spineless creature that lives at the bottom of the ocean. It's been around for 500 million years and looks a bit like a swimming sausage.

It doesn't have jaws but does has a special way of defending itself - by letting out slime!

In the creepy video below, you'll see a hagfish defending itself against a shark. When the shark bites the hagfish, its mouth and gills are quickly covered in slime and the shark has to back off, or face suffocation.

Fun facts about the hagfish:

That's the power of slime... 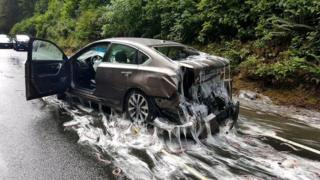 It's not good to crash a car at the best of times, but imagine doing it with 3,400kg of hagfish in the back.

The picture above shows a slime covered car in Oregon, America back in 2017. It was covered in hagfish slime after a truck overturned on the road. The truck was helping deliver hagfish to South Korea where they are considered a delicacy.

No one was injured in the crash but 3400kg worth of hagfish goo was released all over the cars and road. 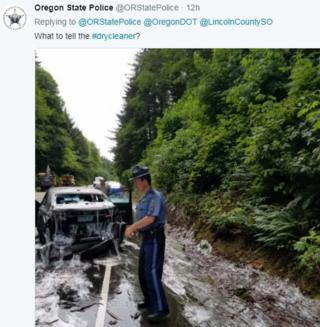 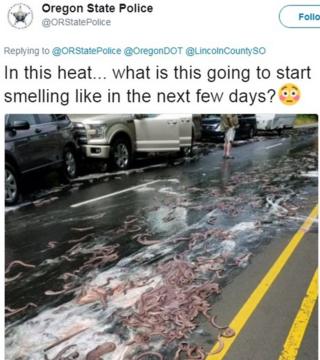