Shawn Mendes to do song with Niall Horan 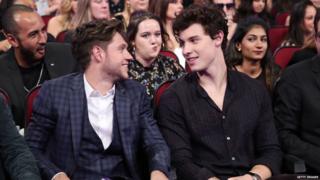 Fans of Shawn Mendes and Niall Horan are getting very exited after the two confirm they will be doing a song together.

It's after a fan asked the former One Direction star Niall on social media if he would ever do a song with Shawn.

The slow hands singer, Horan, replied that they're "going to try".

Mendes then said "We ARE going to!" and Niall quickly replied "Let's do it then".

Fans have been waiting to hear a collaboration between Shawn and 1D's Niall for a while as they have seen their friendship develop over the years.

So what do you think of the news? Are you as excited as the fans? Let us know below.