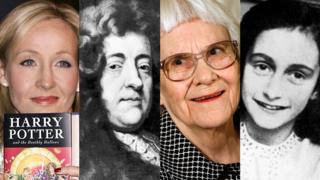 Ahead of Holocaust Memorial Day on Sunday 27 January, we are remembering Anne Frank's diary.

Written by the young teenager, the diary tells the story of when Anne and her family - who were Jewish - were forced to go into hiding from the Nazis during the Holocaust in World War Two.

They had to do this because the Nazis wanted to get rid of all European Jews.

It became one of the most important historical accounts of what life was like for Jewish people at this time.

The book is one of the most widely translated books in history, with millions of people learning the story of the family who hid away in an attic apartment above Otto Frank's (Anne's father's) business.

On Friday at 4:30pm on CBBC, Newsround will be showing a special programme about Anne's story. 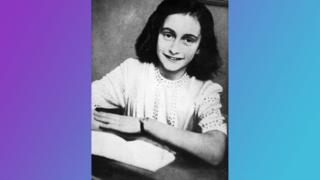 The diary is one of many books that have gone on to change the world in some way - for example, by shaping society, changing the way people behave, explaining history or capturing important moments in time.

Here, we take a look at some of these influential works. If there are any books not included in the list below that have had a big impact on you, let us know in the comments below.

Another personal diary that has provided an invaluable historical account of a moment in time is that of a man called Samuel Pepys.

He recorded ten years of his life in London during the 17th Century, which has provided historians with incredibly accurate information about what life was like there in the 1660s.

Three big events took place during this time - Charles II's coronation in 1661, the Great Plague of London in 1665 and the Great Fire of London in 1666 - so the diary provided amazing insight into the impact that this had on people at the time. 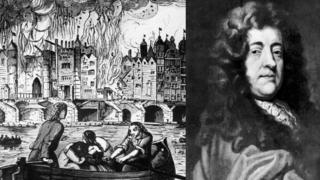 He stopped writing the diary in 1669 as he was worried about losing his eyesight, but he never actually became blind.

Harry Potter and the Philosopher's Stone by JK Rowling

We've all heard of this one - and the six books that came after!

The Harry Potter books about the famous boy wizard are some of the most famous books in the world.

Millions of people became completely captivated by the world created by JK Rowling, which has gone on to inspire films, books, games, a play and so much more. 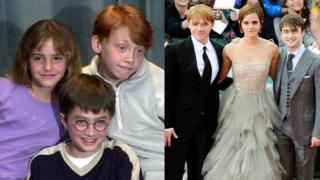 Press Association/Reuters
The stars of the Harry Potter films - in 2000, at the time of the first film, and 2011, when the final one came out!

It's hard to believe but the manuscript for the first book was actually rejected many times before it was first published in 1997, with just 500 copies being printed. We bet the publishers who rejected the book are now regretting that decision!

In December 2017, JK Rowling was awarded a Companion of Honour - a special award held by only 65 people at any one time - by the Duke of Cambridge in recognition of her achievements.

Winnie-the-Pooh day: Words of wisdom from the world's favourite bear

This is a collection of stories, all of which are designed to teach a moral lesson.

They are credited to a slave in Ancient Greece called Aesop around the 6th Century BC - although many of the stories predate these times.

Not only that, but there is much debate even about Aesop himself. He didn't necessarily write the fables, there isn't much evidence from the period in history they're attributed to, and there is very little evidence to suggest Aesop even existed! 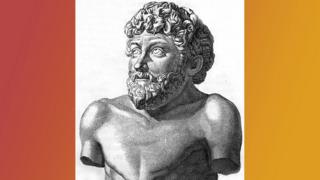 Nevertheless, Aesop's Fables have been told around the world for hundreds of years. There are over 650 of them in total and they all have an underlying message about life or how people should or shouldn't behave. The main characters are generally animals with human-like qualities.

Famous fables include The Town Mouse and the Country Mouse, The Hare and the Tortoise, and The Dog and His Reflection.

To Kill A Mockingbird by Harper Lee

Published in 1960, many people feel that To Kill A Mockingbird is one of the best novels of the 20th Century.

The story follows a young girl called Scout as she grows up in Alabama in the south of America in the 1930s, at a time when injustice and racism was very common. It is told through her eyes. Her father, Atticus Finch, is a lawyer who risks everything to defend a black man who is on trial for a crime that he did not commit.

One of the main messages of the story is how it is important to stand up for what is right - rather than follow the crowd, or do what is simply popular or easy - and to see the world through other people's eyes. 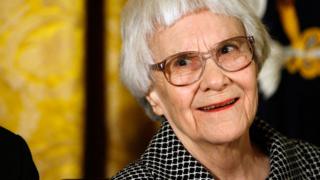 A famous line from the book, said by Atticus to Scout, is: "You never really understand a person until you consider things from his point of view… Until you climb into his skin and walk around in it."

This book has been translated into many languages and sold millions of copies all over the world. It is also on school syllabuses, so you may study it at school one day.

The Fellowship of the Ring by JRR Tolkien

If you haven't read the book, you may well have seen or heard of the films.

The Lord of the Rings trilogy has been enjoyed by many generations ever since the first book, The Fellowship of the Ring, was published in 1954. The books went on to become some of the best-selling books of all time.

They are so iconic as they were the first fantasy books of their kind, which would go on to inspire the genre in the years to come. 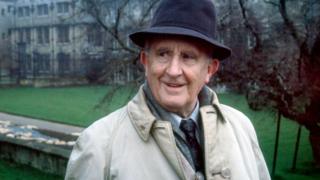 JRR Tolkein also wrote The Hobbit, which many people would say deserves to be included here. This, too, was turned into a big film.

A Dictionary of the English Language by Samuel Johnson

You might not think that a dictionary should be considered as a really important book like the others on this list, but this one really was.

Back in the 18th Century, it is believed that a man called Samuel Johnson spent eight years compiling the enormous work with the help of six assistants.

Published in April 1755, Samuel Johnson's dictionary is full of witty definitions of words, so some people believe it was actually fun to read anyway!

The Iliad by Homer

The Iliad is an ancient Greek epic poem, which features war, gods, families and plenty of drama. 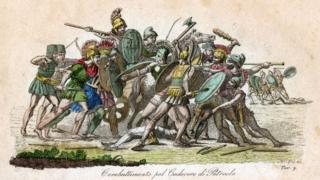 It tells the story of a period of time towards the end of the Trojan War, which broke out when the King of Mycenae, Agamemnon, waged war with the Trojans because King Priam of Troy's son, Paris, stole his brother's wife.

It has served as a very important historical account of life in Ancient Greece and, in particular, of the Trojan War and its impact.

Homer also wrote another epic called The Odyssey, about Odysseus' journey home from the Trojan War, which is another incredibly important Ancient Greek text.

On the Origin of Species by Charles Darwin

You've probably heard of Charles Darwin as one of the most influential scientists of all time. That's because he came up with some really important theories about how human beings evolved.

He came up with his ideas by studying lots of different plants and animals, and looking at how they adapted to the environments in which they lived. 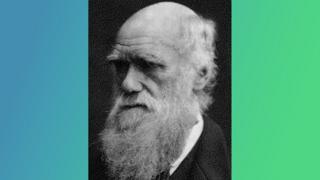 His ideas would go on to inspire further research into life on Earth and lots of debate about where humans really came from.

Published in 1949, 1984 told the story of a society where people are being watched over by Big Brother, unable to have any identity or freedoms, and controlled by a repressive government. Fear is used to manipulate and control people in a highly technological world.

Written just after the end of World War II - when millions of people had become victims of terror, hatred and discrimination - the book served almost as a warning about the life nobody wanted to live.

Even to this day, it reminds people of the importance of being able to freely express ourselves and have our own thoughts.

War and Peace by Leo Tolstoy

Have you ever heard someone talking about 'not trying to rewrite War and Peace'? That's because it's an expression referring to this book, which is incredibly long with loads of characters.

When someone talks about "not rewriting War and peace", they're talking about not redoing an incredibly long and complicated job!

Some people believe it is one of the greatest novels ever written. It tells a story from the time of the Napoleonic wars, when the French invaded Russia in 1812, but it is so much more than this.

It looks at the effect that this had on people, at how individuals found their place in the world and at the way people were thinking at the time - all of which are important still today and teach us lessons about human experiences.

Are there any books that have had a big impact on you? Let us know in the comments below.