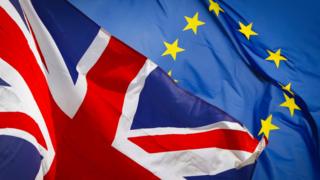 An advert by the government that tells EU citizens what they need to do to stay in the UK after Brexit has been banned by the Advertising Standards Authority.

The radio advert promoting the government's EU Settlement Scheme stated: "All you need to apply is your passport or ID card and to complete an online form".

The ASA, who make sure advertisers stick to the rules, decided that the ad broadcast in April by the Home Office was misleading because many applicants needed to submit further documents that were not stated or explained in the ad.

Responding to the ASA's ruling, the Home Office said: "We completely disagree with ASA's decision."

The scheme processes the applications of European Union (EU) citizens currently living in the UK to allow them to remain in the UK after Brexit went live on 21 January.

Anyone currently living in the UK who is an EU citizen will have to apply to the EU Settlement Scheme by 30 June 2021 in order to be allowed to stay in the country.

Successful applicants will be given either settled or pre-settled status.

Anyone who doesn't apply by this deadline when they should have will no longer be living in the country legally.

The EU Settlement Scheme has proved to be controversial as many people have said that it won't work in the way that the government said it will. They also said lots of people may lose their legal status to live here when they don't deserve to.

The government says it is a good way to organise people living here legally, while also allowing the UK to control its immigration more.

Why is the Settlement Scheme being introduced?

The scheme is being introduced because after Brexit the UK will no longer be an EU country.

This means that people from other EU countries living and working in the UK will not legally be allowed to stay here without applying successfully through the scheme.

One of the key parts of being a member of the EU is that EU citizens can easily move to live and work in other EU countries. This is called freedom of movement and, as part of its plans for Brexit, the British government wants to leave this policy. 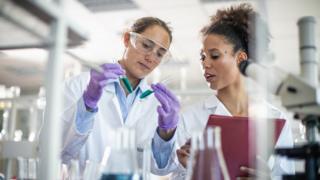 Getty Images
Citizens of EU countries are free to go to live, work and study in other EU countries

Some critics of the scheme and supporters of the freedom of movement believe the positive language used to describe the Settlement Scheme doesn't reflect potential problems with it, both in terms of its fairness and whether it will work properly.

But the government says that having more control over who can come to live and work here is an important part of why people voted for Brexit.

After the UK has left the EU, people from EU countries will no longer will able to freely live and work here in the way they could beforehand.

Who does the Settlement scheme affect?

It is thought that there are about three million EU citizens living in the UK who will need to apply for the scheme.

Originally EU Nationals who wanted to stay in the country would need to pay a £65 fee, but that has been scrapped and the application is now free.

By 30 June 2021, all of these people will need to go through the process if they want to remain in the UK.

Anyone who is a citizen of an EU country currently living in the UK and who wants to carry on living in the UK, will need to apply to the scheme - even if they are married to someone British.

Adults will need to apply on behalf of children, as children need to go through the process too. 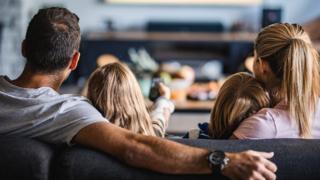 The scheme also includes citizens of Switzerland, Iceland, Liechtenstein and Norway, even though these are not EU member states.

Successful applicants will be granted either settled or pre-settled status.

The UK government has said that these people don't have to apply to the scheme:

What is the difference between settled and pre-settled status?

Ministers have said that EU nationals who have lived in the UK for five years by the end of 2020 will be granted settled status, unless they have serious criminal convictions or there is a security reason for why they can't stay. During those five years, they need to have spent at least six months of each year in the UK. People who are granted settled status will only need to apply to the EU Settlement Scheme once.

Settled status will grant a person the same rights to healthcare, education, benefits and pensions as a British citizen.

If somebody from an EU country lives in the UK, but has not been here for the five years that the scheme requires, they can be given something called pre-settled status. This will allow them to stay in the UK until they hit the five-year mark. Then, they will need to claim settled status.

Critics of the scheme have said that it will be difficult to prove information like how much of one year a person has spent in a country or how long a person has lived somewhere, so some do not think the plan to decide people's statuses will work properly.

How to apply for settled status

To apply to the EU Settlement Scheme, people need to fill in a form online, via post or by using a smartphone app.

However, people who use Apple phones can't use the app as it only works on Android phones - the government say they are working to change this. 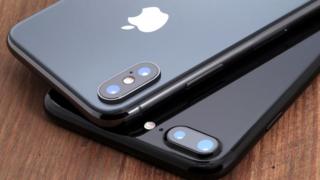 They will also need to provide information about any criminal convictions, as well as a recent digital photo of themselves.

What if a settled status application is rejected?

Last year, Home Secretary Sajid Javid said there would have to be "a very good reason" for an application to be refused and that the idea was, generally, to grant settled status wherever possible.

Critics of the process do not think that it will be as simple as this, though. 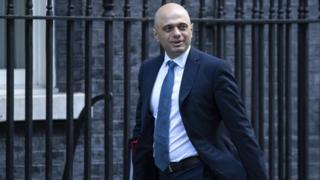 Getty Images
Last year, Home Secretary Sajid Javid said there would have to be "a very good reason" for an application to be refused

If an application is rejected, the government has said an applicant would have 28 days from the date of their decision to apply for an administrative review, if they're eligible for one, but not everybody will be.

They also might have to pay to appeal the decision, although the money could be given back to them if - for example - their appeal is successful.

Will a no deal Brexit affect the EU Settlement Scheme?

There are a lot of question marks over how exactly this scheme will work if there is a no-deal Brexit.

Back in August 2018, former Brexit Secretary Dominic Raab was asked whether the UK could promise a future for EU workers in the UK if there was no-deal.

He replied that in the "unlikely eventuality" that the UK faced a no-deal Brexit, the UK would "move swiftly to secure their position". 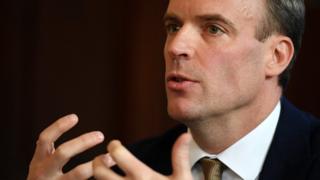 Getty Images
When asked about EU citizens in the UK when he was Brexit Secretary, Dominic Raab said: "There's no question that we're going to see EU citizens turfed out"

The government has repeatedly said it will guarantee the rights of EU citizens currently living in the UK.

But many groups representing EU citizens say the way the government has talked about them and confusion over the plans is causing many people to fear and mistrust the government's plans.

What will happen to British citizens in the EU?

If the UK leaves the EU without a deal, then the arrangements for British citizens living in EU countries have not been fully worked out.

What do people think of the Settlement Scheme?

Supporters of the scheme believe it is the best way to ensure that EU citizens are able to stay in the UK legally, even once the UK is no longer a member of the EU.

But many people have been critical of the scheme as they say that it needs to be improved to avoid thousands of people in the UK ending up without legal status. They say that the Windrush scandal shows the dangers if the scheme goes wrong.

They say that, if - by mistake - an adult doesn't register a child, then that child could lose his or her legal rights through no fault of their own.

Some say that it will be very difficult to verify information that people provide.