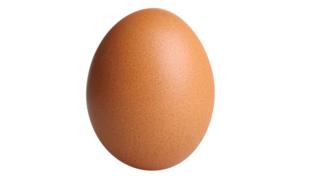 The world is full of marvels - sunrises, baby lambs being born, and an egg that has 38 million likes on Instagram.

How did this happen? When? What is it - just an egg? Why would someone do this?

These are all questions we had - but we are here to serve you, the Newsround audience, with answers and not questions.

So here is everything you need to know about the world's most liked egg.

Most liked Instagram photo ever and other social media wins

Is your family big enough for this meme?

Why are people lying on the floor with their stuff? 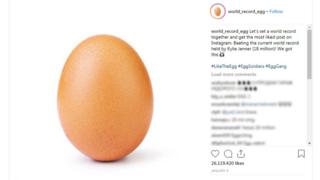 A picture of an egg was posted to an account called @world_record_egg on 4 January.

The caption under the picture says 'Let's set a world record together and get the most liked post on Instagram. Beating the current world record held by Kylie Jenner (18 million)! We got this.'

Since then the picture has had nearly 40 million likes, smashing the previous record for most-liked image.

When did the egg break the record for most-liked image on Instagram?

On 13 January, just a week and a half after it was first posted - the egg reached its ultimate goal of more than 18 million likes.

Previously, the most liked picture was reality TV star Kylie Jenner's announcement that she'd had a baby, Stormi.

This picture has more than 18 million likes since her announcement in February 2018. 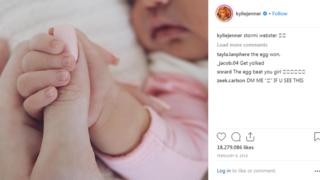 But now the latest comments on the picture of her newborn daughter all seem to reference the egg.

Kylie came back with a response for the egg.

A video was posted to her account of her cracking an egg on a hot pavement.

The egg didn't fry - but a point had been made.

Is it literally just a picture of an egg? 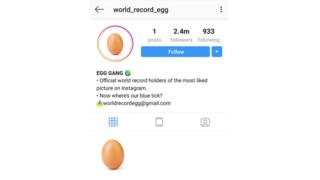 Why would someone do this?

It's hard to say at this point - the owner of the account is unknown to us and there appears to be no other aim than to get the most-liked image.

Now this has been achieved, what is the egg's purpose? Where does its future lie?

We cannot answer these questions for you, we can only wait and see what the future holds for Egg Gang.

#Fallingstars: Why are people lying on the floor surrounded by their stuff?