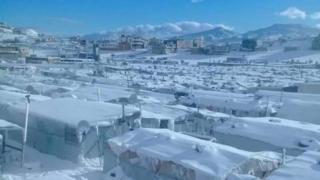 Storm Norma has hit Lebanon with heavy rains, snowfall and freezing temperatures. It has damaged several Syrian refugee camps in the country.

Thousands are in need of emergency assistance and many refugees had to spend the night standing up. Some families were stuck in the tents under the snow.

The United Nations Refugee Agency - an organisation dedicated to saving lives and protecting the rights of refugees - said emergency measures had been put in place to rescue stranded families and help those suffering from the cold.

At least 66 camps were heavily impacted by the flooding, 15 of which have been completely flooded or collapsed.

Around 300 people have been relocated so far.

Lebanon hosts an estimated 1.5 million Syrian refugees and many live in camps that have little or no infrastructure. 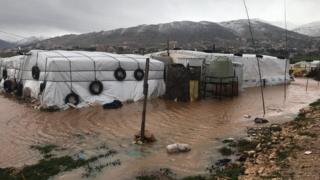 War in Syria: An expert answers your questions