Beefeaters: What are they and what do they do? 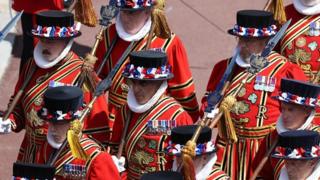 We've all seen them - red outfits, loads of medals, unusual hats with ribbons.

But who are they and what is their role?

They are the Beefeaters who work at the Tower of London.

If you're wondering what exactly it is that they do - we've got you covered.

Halt! Who comes there?

What does a Beefeater do?

Back in Tudor times they used to guard prisoners in the Tower of London and protect the famous Crown Jewels.

Nowadays, Beefeaters are used as tour guides and have become an attraction in their own right because of their colourful uniforms and unique traditions.

Every night, at precisely 9.53pm, they take part in the Ceremony of the Keys when the Queen's keys are examined and put away safely.

Why are they called 'Beefeaters'? 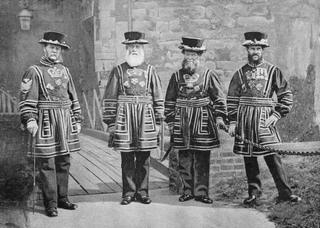 No one is entirely sure exactly how they got their name.

The most popular theory is based on an old agreement where they were granted the right to eat as much meat as they wanted when having a meal with the King! 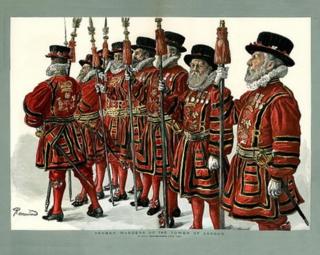 Getty Images
How do you become a Beefeater?

They need to have at least 22 years' military service.

Apart from that, they need to have reached the rank of warrant officer and to have been awarded the long service and good conduct medal.

They also need to be between 40 and 55 years old when they are appointed.

In 2007, Moira Cameron became the first female Beefeater at the Tower of London. 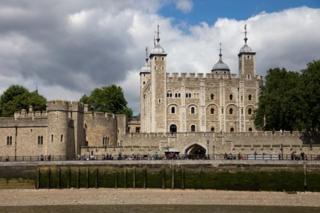 Their official title is 'The Yeomen Warders of Her Majesty's Royal Palace and Fortress the Tower of London, and Members of the Sovereign's Body Guard of the Yeoman Guard Extraordinary'.

A bit of a mouthful, isn't it?

Royal family rules: What are they allowed to do?