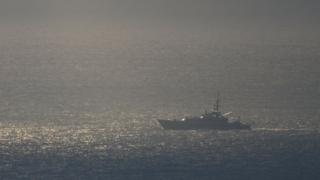 Since November a total of 239 people have tried to get to the UK in small boats by crossing the English Channel.

The Home secretary Sajid Javid who is in charge of UK's borders declared a "Major incident" in late December.

A Navy patrol ship is now being sent to patrol the area. Two more Border Force ships, the HMC Protector and Seeker, are now on their way to the Channel from the Mediterranean to help.

Why is it dangerous?

The Channel these migrants are attempting to cross is one of the busiest shipping lanes in the world, the boats people are making the journeys in are often very small and unsafe and the water is very cold.

This is a change, as in recent years most migrants have arrived in lorries crossing in ferries. But now some migrants are crossing the channel in very small boats.

Police have said that this journey is like trying to cross a busy motorway on foot and the Home Office says there is "concern that it is only a matter of time before people lose their lives" because the crossing is so dangerous. 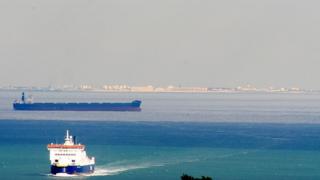 What happens to children who make the journey?

The Refugee Council who help refugees say that in Mid-November, 21 children arrived in Kent in one week.

Under international rules, a 'migrant' is a person who moves from one place to another in order to find better work or living conditions.

In the UK an 'asylum seeker' means a person who has applied to be let into the country because they say they're facing harassment due to their race, religion, nationality, political belief, or membership of a particular social group.

If the children are alone then the local authority of the area they arrive in has to look after them and give them somewhere to live. They will then be given help to try to get them in touch with family members who may already be in the UK. The Refugee Council say that "To date in December, we have welcomed 13 separated children to our Dover centre". 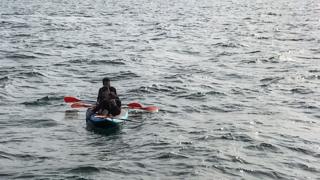 Where are the migrants originally from?

Some refugee organisations have said that most of the migrants are from Iran. They say that this could mean they have more money, which is perhaps how they can afford to pay smugglers to take them across the Channel in boats.

Iran isn't as poor as other middle eastern countries and isn't involved in a war like Syria or Yemen where other migrants say they come from. Kaveh Kalantri, from the Iranian Association, which supports refugees in the UK, said a lack of freedom and human rights violations were driving some Iranians out.

What's it like to be a child travelling on your own?

In 2016 we spoke to Ruth who was a child refugee from Eritrea. She made the same journey across the Channel but was hidden in a lorry, rather than in a small boat. She explains what it was like for her.

Channel migrants: Why are people crossing the English Channel?

Why doctors want to know what you're doing on social media