Meteor Shower: How can you see the Quadrantids in 2022? 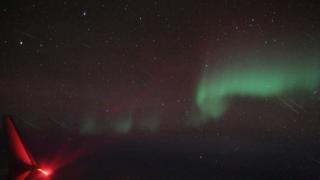 Astronomers say the best time to catch its peak is the third January.

The "Quads" shower happens every January and is described as an above-average meteor shower, meaning that it produces around 100 meteors an hour.

So if you are lucky you should be able to see something - even Nasa calls it "one of the best annual meteor showers."

The Quadrantid meteor shower is known for bright fireball meteors.

Fireballs are larger explosions of light and colour that can last longer than an average meteor streak. 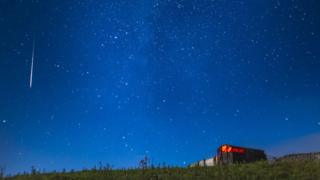 The Quadrantids got their name because they seem to come from a former constellation called Quadrans Muralis.

Quadrans Muralis was discovered in 1795 by a French astronomer but is no longer recognised by the International Astronomical Union and is today considered part of the constellation of Bootes.

So - confusingly - the meteor shower is sometimes called the Bootids!

In 2022, astronomers at the Royal Observatory Greenwich estimate the peak to be the third of January. 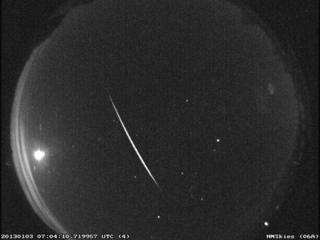 Unlike other meteor showers, the peak only lasts a couple of hours.

Where does it comes from?

It's believed the Quadrantids are created from dust left behind by an asteroid called 2003 EH1.

This asteroid is thought to have once been a comet, which has now shed all of its ice and other debris and is just a big lump of solid rock. 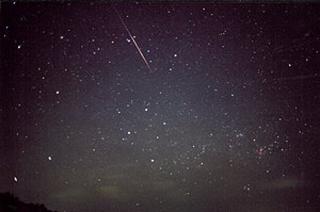 Frankie Lucena/NASA
Quadrantid meteor near the constellation of the southern cross.

This asteroid takes about five and a half years to orbit the sun.

When the Earth's orbit hits that trail of space debris rubble from 2003 EH1, the dust is knocked out of place and falls into the atmosphere, burning up and creating streaks of light.

The shooting stars travel at 41km per second.

What's the best way to see it?

The shooting stars will be visible to the naked eye so no special equipment is necessary.

However your eyes will need to adjust to the darkness in order for you to view the meteors more clearly. 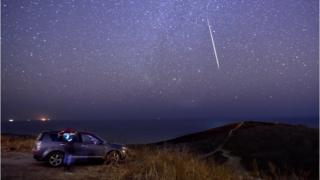 Experts recommend that you step outside and look up at the sky 20 minutes before the shower is due to take place, so your eyes can adjust to the night sky.

If possible it's better to go away from urban areas where the light pollution from buildings, car headlights, street lamps and neon signs can cause too much glare.

Wrap up warm and bring a chair and some thick blankets so you can sit or lie down and look up for long periods without getting neck strain, or getting too chilly.