What is whaling and why's it controversial? 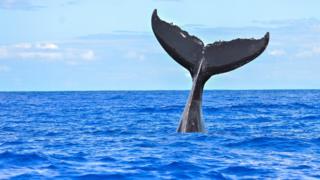 Commercial whaling means hunting whales to sell the things that come from whales, like meat, oil and blubber.

It was banned in 1986 by the International Whaling Commission (IWC) - a group whose job it is to look after whale conservation - after some species became almost extinct.

Japan announced it was withdrawing from the IWC, which it has been a member of since 1951.

Japan and whales: A timeline

2015 - Japan to restart whaling in Antarctic

The first ships have set sail with permission to catch 227 whales.

Many people around the world were shocked by this news and have criticised Japan for making the decision to leave the IWC and resume commercial whaling. 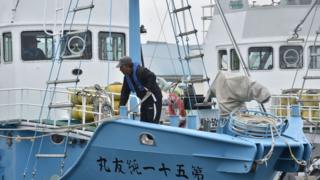 Whaling is the process of hunting and killing whales.

It used to be very common. During the 19th and early 20th Century, it happened so much that it meant that the giant mammals almost became extinct.

By the 1960s, fishermen had better ways of catching whales and big ships were built that could process lots of them, so it became even easier to hunt them in greater numbers.

It became clear that something had to change to protect these animals and so the 1986 ban came in.

Whale's-eye view of the seas

Why do whales get beached?

Kids help save dolphins and whales

It was thought this would be a temporary measure until organisations could come up with rules for sustainable commercial whaling - that is, a number of whales that could be hunted while still keeping their numbers stable.

But this never happened - something which whaling nations like Japan, Iceland and Norway have not been happy about. 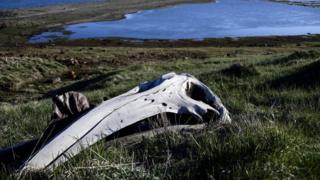 Japan has left the IWC and its rules about hunting whales as the organisation has not come up with rules for sustainable commercial whaling - and Japan wants to hunt them again.

Officials say eating whales is part of the country's culture.

Some communities in Japan have been hunting and eating whales for many, many years. While more recently when the Japanese population was starving after World War Two, from the late 1940s to the mid-1960s, whale meat was the biggest source of meat in Japan.

Even though it is not eaten in the same volumes now, Japan does not think that other countries can tell them what they can and can't eat. 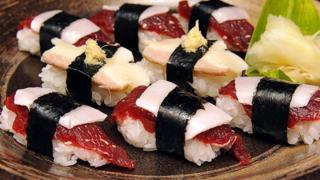 They also think that the IWC has not done enough to support sustainable commercial whaling and that it is too focused on one goal only - to protect the number of whales in the world's oceans.

Whaling nations have all said that the practice is part of their culture and should be able to continue in a sustainable way.

What does Japan's announcement mean?

The announcement that the country will start commercial whaling again hasn't come completely out of the blue.

For the last 30 years Japan has hunted whales for what it says is scientific research. This is allowed under the rules of the IWC and the meat can be sold afterwards. But conservationists have criticised this, saying it was just a disguise for what was actually still commercial whaling. 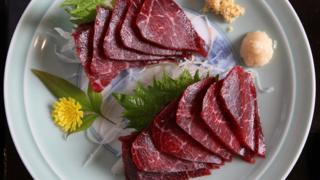 What this new announcement means is that Japan will be able to freely hunt species which are currently protected by the IWC, like minke whales - something which it cannot currently do.

Yoshihide Suga, who works for the government, has said that the commercial whaling would be limited to Japanese waters and economic areas.

This means Japan will not be hunting these whales in Antarctic waters, which conservationists are happy about.

What do people think about whaling?

This issue has divided many people.

Conservationists are extremely angry about it. 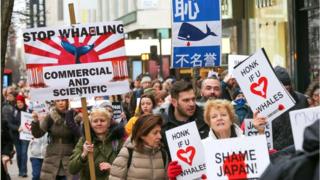 "These graceful giants face so many threats in our degraded oceans such as entanglement, plastic and noise pollution, and climate change, the last thing they need is to be put back in the whalers' crosshairs," says Kitty Block, president of Humane Society International.

Many also feel that the methods used to hunt whales are cruel. 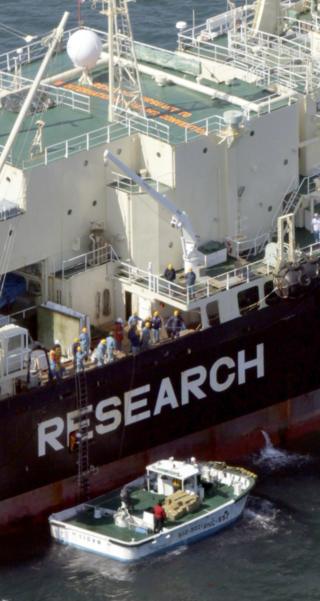 AFP / Getty Images
Japan has been carrying out whaling for the last 30 years saying that it is scientific research, which is allowed under the current rules

But some feel that the IWC has not done enough to enable sustainable commercial whaling, which has in turn forced countries like Japan to do what they have done, in order to safeguard part of their culture.

They also say that it is more ethical to hunt wild animals who have lived a free life than it is to raise animals in captivity for food.

What do the IWC say?

Newsround spoke to the IWC to see what they had to say on the issue.

A spokesperson explained: "Around 30 years ago, the IWC introduced a pause on all commercial whaling. This was to give scientists time to gather more accurate information on population sizes, and work out a new system for calculating how many whales it would be safe to catch without having an effect on the whole population. This work was very complicated and took a long time. It was completed in 1994 and agreed by the IWC.

"Commercial whaling did not resume then. Whilst some countries believe that commercial whaling should be allowed and that there is scientific proof that it can be done in a way that does not damage overall whale populations, some other countries do not believe their concerns have all been solved. This is still the situation today." 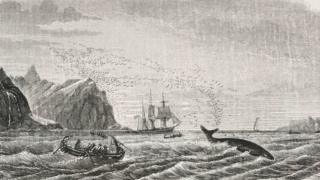 Getty Images
Many countries disagree about whether or not whaling should be allowed, and how

There are currently 88 member countries at the International Whaling Commission, now that Japan has left:

"Each has its own culture, history and view on whaling, and it is not surprising that these can be very different, and it can be hard for everyone to agree. This is true of lots of international organisations that bring together countries from all over the world.

"Countries continue to disagree on whether some commercial whaling should be reintroduced, but they continue to meet, in order to share information, listen to each other's viewpoints and find areas where they can agree. Although they do not agree on commercial whaling, there are lots of important issues where they do agree and are all working together on whale conservation: for example entanglement of whales in fishing nets, the effect on whales of plastic and pollution in the sea."

What do you think about the issue?

Ocean giants having a whale of a time