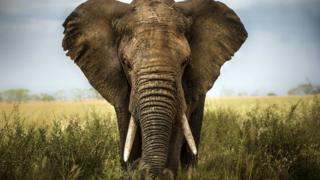 A new law has passed which will help to protect elephants by banning the trade of ivory in the UK.

Ivory is the hard white material that some animals' teeth and tusks are made from.

Around 20,000 elephants are thought to be killed for their tusks each year.

The new UK laws will make it illegal to buy or sell any objects containing ivory, even if they are old.

Elephants in crisis: The ivory trade in Africa

Are we facing a world without any elephants?

People who break these laws could be fined or even go to prison.

It's been called one of the toughest bans on ivory sales in the world and the new rules are expected to come into force in late 2019.

Conservation charities have welcomed the news, but many have warned that elephants are still at risk until more countries toughen up on ivory trade.

The baby elephant that kept everyone waiting

Elephant tucks in to a free feast