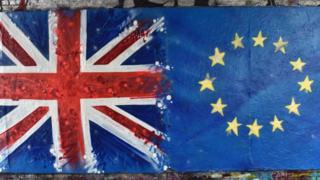 Brexit is one of the biggest political issues in the UK at the moment, with something called 'no-deal Brexit' making a lot of headlines.

Politicians have spent almost all of their time trying to sort out what will happen with Brexit since Parliament returned after its summer break, as the deadline for the UK leaving the European Union (EU) is currently set for 31 October 2019 - just over six weeks' time.

At the moment, it hasn't been decided exactly how the UK will leave the EU and what its relationship with this club of countries will be like once it has left the group.

No-deal Brexit is one of the outcomes being discussed a lot at the moment.

Prime Minister Boris Johnson has said that it should be an option, but lots of MPs don't think the country should leave in that way and they have been working to create laws to stop it from happening at all.

But what does 'no-deal Brexit' actually mean?

What is a no deal Brexit?

A no-deal Brexit means the UK would leave the European Union (EU) and there would be no agreements in place about what the relationship between the UK and the EU will be like in future.

This includes special agreements about how UK and EU companies could work and trade with each other.

If a special deal between EU leaders and UK politicians isn't agreed, then the UK could leave the EU with no deal in place. This would be a no-deal Brexit. 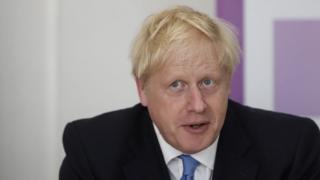 European Photopress Agency
At the start of this month, the government announced more funding to prepare for the possibility of a no-deal Brexit
What will happen in a no-deal Brexit?

It's believed a no-deal Brexit could lead to a number of things happening. For example:

In November last year, Mrs May refused to rule out a no-deal Brexit if Parliament voted against her deal, but Labour leader Jeremy Corbyn told ITV that "nobody is going to allow no-deal".

The government's Brexit secretary Stephen Barclay said the cabinet had agreed that "preparing for a no-deal will be an operational priority within government, but our overall priority is to secure a deal".

Mr Johnson has said that he would like to have a deal but that he is willing to take the UK out of the EU without a deal on 31 October, if a suitable one cannot be agreed.

But in September MPs passed a law that would force the prime minister to ask the EU for an extension to the 31 October deadline if a deal was not agreed by 19 October.

If this happens, all 27 countries which are part of the EU club must agree to the extension. If they do not ALL agree, the UK will leave without a deal.

What was in Theresa May's Brexit deal?

It would have only come into force if both the UK and European parliaments approve it.

But the UK Parliament rejected it and Mrs May has now resigned, so it is up to Boris Johnson to see if he can sort out what happens next. 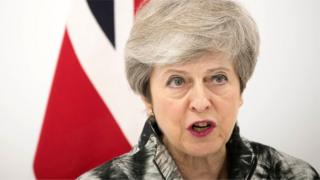 Press Association
Theresa May - who was the prime minister before Boris Johnson - was unable to get Parliament to agree to her Brexit plans, so it is now up to Mr Johnson to organise what happens next
What do people think about no-deal Brexit?

A lot of companies have said they are worried about not knowing exactly how their businesses will work if there is a no-deal Brexit at the end of October.

For example, food companies have asked the government to allow them to be able to make special agreements with companies in EU countries if a no-deal Brexit happens. But as things stand at the moment, they wouldn't be allowed to do this.

But others think that a no-deal Brexit would give the UK the freedom it wants from the EU - one of the reasons that many people voted for Brexit in the first place.

Many say that those against no-deal Brexit are exaggerating problems that could happen as a result of it, and that a no-deal Brexit isn't as bad as some people are making out that it would be.

Brexit questions? Our expert gives you the answers

How is the government preparing for a no-deal Brexit?

Boris Johnson has said he is "cautiously" optimistic about sorting out how Brexit will happen, ahead of meeting EU leaders this week.

At the start of August, the government announced an extra £2.1 billion of funding to prepare for a no-deal Brexit, which is doubling the amount of money set aside this year.

"With 92 days until the UK leaves the European Union, it's vital that we intensify our planning to ensure we are ready," explained Chancellor Sajid Javid at the time.

"If we can't get a good deal, we'll have to leave without one," he added. "This additional £2.1 billion will ensure we are ready to leave on 31 October - deal or no-deal."

The money would be spent on: 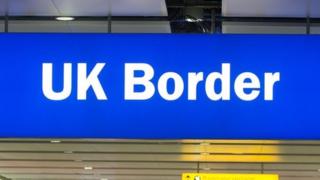 Former Border Force director-general Tony Smith said the extra money that was announced by the government was a "step in the right direction", but he thinks that more should have been done earlier to prepare for this possible outcome.

"I don't understand why this wasn't implemented three years ago when the government knew we were leaving the European Union," he said.

Shadow chancellor John McDonnell - who is an important member of the government's rival party, the Labour Party - described the plans as "an appalling waste of taxpayers' cash".

Last week, MPs passed a law that would force the prime minister to ask the EU for an extension to the 31 October deadline if a deal was not agreed by 19 October.

But there are still a lot of question marks over what the UK's relationship will be like with EU countries in the future - not least because Mr Johnson has repeatedly said that he is not willing to delay Brexit beyond the 31 October deadline.

The story of Britain's search for a Brexit deal

Nov 2018: Theresa May stands by her Brexit deal