Winter solstice: When is the shortest day of the year? 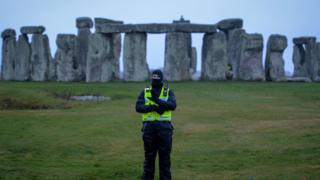 Finnbarr Webster / Getty Images
Thousands of people usually gather at Stonehenge in Wiltshire every year to watch the sun rise on the shortest day of the year, but this year the site was closed due to coronavirus

Monday 21 December marks the Winter solstice across the northern hemisphere.

The date is the 24-hour period with the fewest hours of daylight in the year, which is why it is known as the shortest day and longest night.

The sun rose at 8:04am and will set at 3.53pm - giving us just under eight hours of daylight. It might be the shortest day, but it's a reason to be cheerful as the days get longer from here!

The Winter solstice is the opposite of the Summer solstice - which has the most daylight and the longest day with the shortest night of the year.

Usually, visitors travel to Stonehenge to watch the sunrise together. However, this year the event was live streamed and watched by thousands of people online instead, due to the coronavirus pandemic preventing large gatherings.

What exactly is the Summer Solstice and why does it happen?

What is the Harvest Moon all about?

What is a Super Blue Blood Moon?

Why does the Winter solstice happen?

It happens when the North Pole is tilted furthest away from the sun as the Earth continues on its orbit - which is why it's winter in the Northern hemisphere at this time of the year.

In the southern hemisphere it's exactly the opposite story - the South Pole is pointing towards the Sun, making it summertime in Australia. 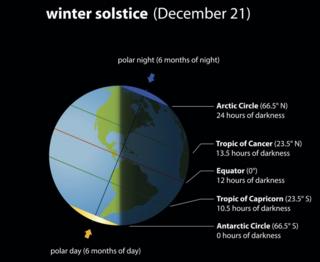 In Sydney, Australia, they're having their Summer solstice. Their mornings will start getting darker from the middle of December, and evenings will get lighter until early January.

But in the UK, and rest of the northern hemisphere, it means the sun rising earlier and setting later as we journey again towards the spring equinox. 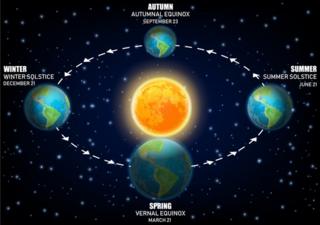 But even though this is the point with the least hours of daylight, it's not the earliest sunset of the year, or the latest sunrise.

The mornings continue darkening until early in the new year.

The reason why is that a day - a solar day that is - is not always exactly 24 hours.

Is the Winter solstice good or bad news?

Pro: On the plus side, you could take advantage of the extra hours of darkness to do some stargazing.

Con: It also means though you'll be leaving the house for school when it's dark, and coming home when it's starting to get dark too.

Winter Solstice has been celebrated in cultures the world over for thousands of years.

In the olden days it was known as Yule, and was a celebration of light and the rebirth of the Sun.

'Yule' is still celebrated in Germany and Scandinavia, and this is where we get many many of our Christmas customs, including Christmas trees and putting wreaths on the front door. 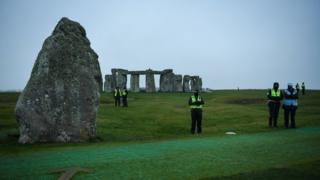 Finnbarr Webster / Getty Images
UK: Stonehenge was unusually empty during this year's winter solstice. The event was livestreamed due to the coronavirus pandemic 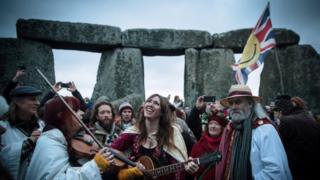 Getty Images
UK: Thousands of people usually gather at Stonehenge in Wiltshire to watch the sun rise on the shortest day of the year. This image is from a previous year, before the coronavirus pandemic prevented large gatherings 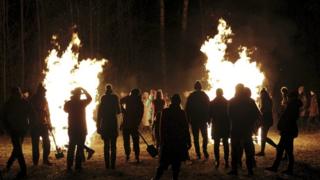 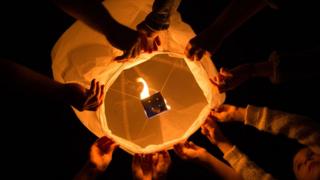 Getty Images
CANADA: In Vancouver a special Winter Solstice Lantern Festival is held every year. This year the festival has gone digital due to the coronavirus pandemic 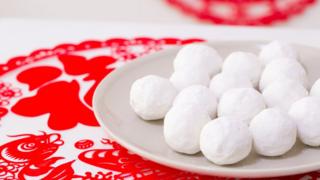 Getty Images
CHINA: The Winter solstice marks the end of the harvest season and is celebrated with family gatherings and a big meal, including rice balls called tang yuan.

Summer solstice 2021: What is it and how is it celebrated?