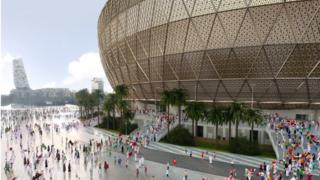 The organisers of the 2022 World Cup in Qatar, in the Middle East, have unveiled designs for the stadium where the tournament's final will take place.

Here are five facts about the huge Lusail Stadium:

The stadium will seat 80,000 people and will be the largest venue during the World Cup. It will host the opening game of the tournament as well as the final match. 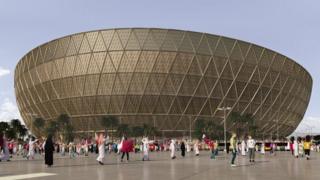 The shape of the stadium was inspired by the culture of Qatar and is based on bowls that have been used in the Middle East for centuries.

As well as its size and shape, the stadium's glittering gold colour will make it hard to miss! 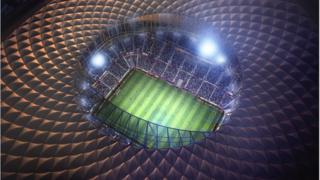 There are lots more stadiums where matches will take place - in fact this is the eighth and final one to be unveiled.

After the World Cup in 2022 the stadium will be transformed. All the seats will be removed and schools, houses, shops and cafés will be built under the stadium's roof.