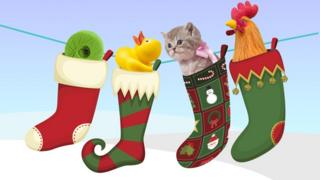 Ever wondered what kids wanted for Christmas over 100 years ago? Well now we know!

A letter - written a staggering 120 years ago - to Santa Claus has been discovered in England.

Five-year-old Marjorie from Eastbourne wrote it on 2 December 1898.

Her Christmas wishlist included a piece of ribbon and a ball for her cat, Kittykins; toy ducks and chickens; and a canvas stocking. 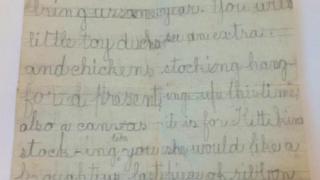 Majorie's letter to Santa from 1898

The letter was found hidden inside a book donated to a charity shop.

It is now being displayed at a toy shop in Canterbury.

Shop assistant Lily Birchall, whose father discovered the letter, told the BBC she wanted to trace Marjorie's family members and return the letter to them.

She said: "It's so innocent and it's what Christmas really should be about, small gifts and the real sense of magic and believing." 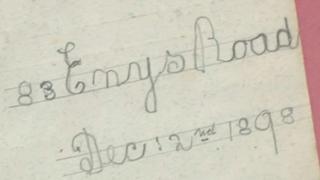 Kids react to Christmas number ones from the past