Baby seal found in a plant pot in Northumberland 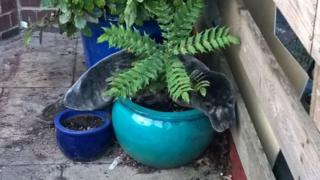 Things you might find on your doorstep are bottles of milk, a newspaper and... a baby seal!

Yes, you heard correctly! A young seal was found lying in a plant pot in Seaton Sluice in Northumberland, England.

It had travelled from the sea, across a car park, a busy road and into the owner's garden.

Northumbria police were called out to help and thankfully the pup was feeling fine, and just needed a drink before being reunited with its family.

Paul Moorhead, one of the police officers involved, said: "Policing Northumberland has many challenges, and the beauty of the area is these kind of jobs do come along every once in a while." 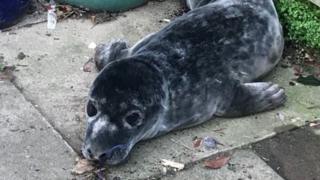