A history of the London Underground 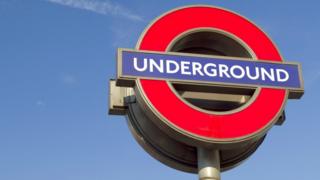 176 years ago, a tunnel opened which marked the birth of the London Underground.

The Thames Tunnel was the world's very first tunnel that was built underneath a river and it was described as the eighth Wonder of the World.

When was the London Underground built?

It was built by an engineer called Sir Marc Brunel and his son Isambard to allow cargo to be transported underneath the busy river Thames. It was opened on 9 January 1843.

They ran out of money though, so to begin with it just opened as an attraction for pedestrians.

On the first day, 50,000 people walked through the tunnel. By the end of the first three months, a million people - that was half of the population of London at the time - passed through, making it the most successful visitor attraction in the world. 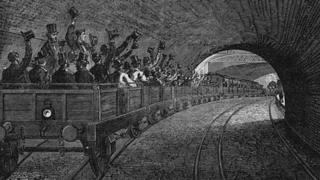 The railway was built between Paddington (which was called Bishop's Road back then) and Farringdon Street. Many more lines would be added to the Underground railway network over the years, but most of it was developed over the next 50 years. 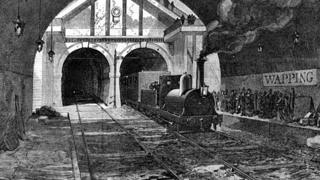 On 7 January 1869, the first steam train travelled through the Thames Tunnel.

Eventually, enough money had been made from tourists visiting the tunnel so it could be developed to transport cargo under the river. This is what the tunnel was originally built for!

Given that there were no ventilation shafts to let the smoke out of the tunnel - as it was built underneath a river! - lots of smoke built up inside the tunnel, meaning that it wasn't very nice for the train drivers working in it. It wasn't until 1913 that the rail would be made electric.

Fun facts you may not know about the London Underground

It ran from King William Street in the City of London, under the River Thames, to Stockwell.

This meant that the Tube could develop much more than it had before, as they didn't need vents for steam and smoke from the engines to escape the tunnels anymore.

Electric trains meant the tunnels could go much deeper underground and even travel on top of each of other.

The Hammersmith & City line no longer has any of its own stations. Every one of its 29 stations is shared with another Tube line.

Where did the Tube logo come from? 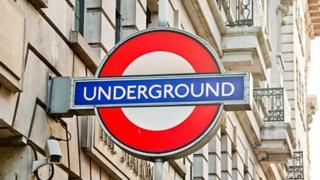 1908 was the year that the famous circle logo first started being used.

1908 was an important year for development of the network.

It was also the first year that the famous circle logo was used for the Tube, which is still used to this day.

In the years to come, advancements in technology would transform the Underground.

In 1911, Earl's Court station got London's very first escalators and in 1929, the doors of the Tube stopped being operated by hand.

Where did the Tube map come from? 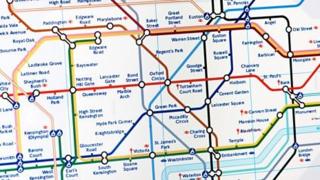 One of the most famous images associated with the Tube is the colourful map of all of the lines.

In 1933, a man called Harry Beck presented the first diagram of the Underground map as we know it today. He based his design on an electrical circuit instead of drawing the Tube lines exactly where they were geographically.

They were an instant success and more maps needed to be ordered within just a month! The design of the map would be tweaked over the years.

Rumour says the Bakerloo line was created after businessmen complained they couldn't get to and from Lord's Cricket Ground quickly enough!

What happened to Tube during the war? 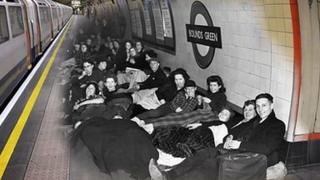 From September 1940 to May 1945, most Tube station platforms were used as air raid shelters during World War II.

People spent many nights sleeping on platforms to escape the bombs that were falling on London above.

Some stations were also closed and used to protect valuable items from the British Museum.

The Blitz Anniversary: 75 years on 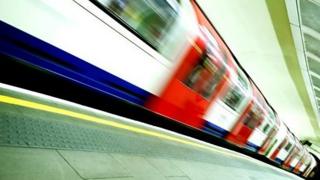 Since the Metropolitan Railway opened the world's first underground railway 156 years ago, the London Underground has come a long way.

In 2007, the world's oldest underground railway network marked the first year that one billion passengers used it within just one year. And it's not stopping there.

The Underground network has grown to 270 stations and 11 lines

Footy freestyle champ shows off her skills on Tube