Are llamas the new unicorns? 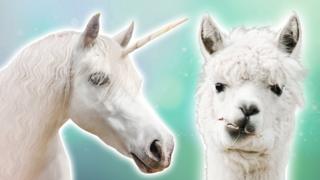 Step aside unicorns, there's a new trend-setting creature in town... the llama of course!

The llama has been tipped as the latest animal to take the world by storm.

You can see them everywhere: on clothes, slippers, cakes, pencil cases, toys, even shower curtains! Llamas seem to be taking over.

But is this super cute, fluffy, South American animal enough to rival the mighty unicorn? Tell us what you think below.

Llamas are having a moment 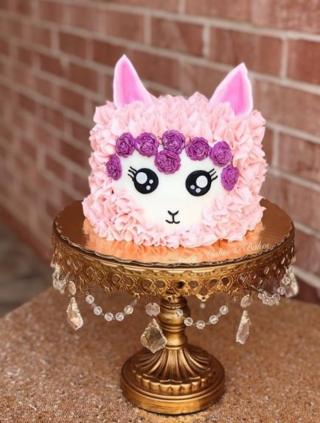 On Pinterest, searches for llamas increased 75% each year across the world, with the craze particularly taking off in Australia.

In 2018, the trend on Pinterest also exploded in the UK and the US.

In contrast, searches on the site for unicorns declined 10% during the same time period.

Llama pics have also flooded social media and TV. Instagram account Llama With No Drama has over 140,000 followers and the bestselling Llama Llama book series is now an animated Netflix show.

Perhaps one big reason for the sudden llama-overload might be down to Fornite introducing llama loot boxes to the game.

Why does everyone love llamas? 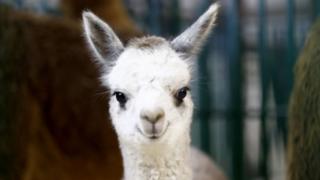 And now, llamas are being used for something a little bit surprising...

Earlier this year Stanford University in America brought four "therapy llamas" to the campus to decrease stress and promote wellness on campus.

It seems petting these fluffy animals isn't just fun, but can help chill us out too!

But what about unicorns? 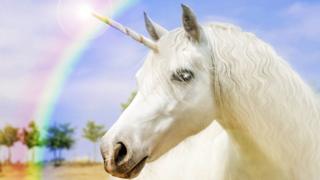 However, is the llama love simply a passing fad? Stories about unicorns have been captivating us for thousands of years.

No-one knows where the idea of unicorns came from. Many people in the Middle Ages really believed that unicorn horns could heal sickness.

Many of the horns that were shown off as unicorn horns actually came from other creatures, like rhinos and narwahls.

One thing we do know... people are obsessed about these beautiful imaginary creatures! 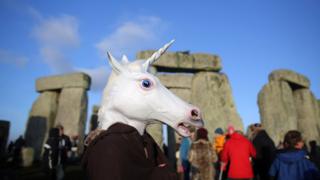 Getty Images
The mythological creatures are like horses with a single curled horn. This picture was taken at a winter solstice ceremony at Stonehenge in Wiltshire. The woman wearing a unicorn mask, said she thought the imaginary creatures were beautiful.

There has even been a newly discovered praying mantis species in the Brazilian rainforest that has been named after the mythical animal.

The 'unicorn' mantis has a similar horn-like feature on their heads.

Whilst it seems unicorns are still on the scene, the growing competition with the llama is a tough one.

Will this rivalry ever end? Let us know in the comments below.

Why the "unicorn whale" has a tusk