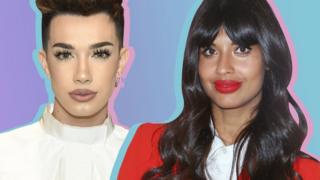 We see them everyday - in magazines, on billboards, the sides of buses and on social media. Retouched photos - they're everywhere.

You might think that using a filter or an app to change the way you look in a photo is just a bit of fun, but did you know there's actually a serious debate about whether it's right or wrong?

For many people, retouching is just a part of making the picture look as good as possible. To others, it's a way to lie to their audience.

We looked at the positions of two celebrities - makeup artist James Charles and Jameela Jamil.

Both are outspoken on both sides of this debate and have often presented their arguments to their audiences.

Read the profiles and tell us what you think! Retouching photos - is it right or is it wrong?

Vote below and don't forget to let us know what you think in the comments. 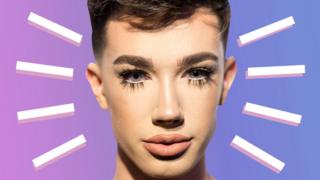 Almost every single celebrity or influencer you see posting a photo has probably 'Facetuned' it.

James Charles will be a familiar face to many of you.

At the age of seventeen, he became the first male spokesperson for make-up brand CoverGirl.

James calls his followers Sisters, and millions of them flock to his videos which are a mix of make-up tips and challenges.

In his video - HOW TO TAKE YOUR SELFIES FROM DRAB TO FAB! FACETUNE TUTORIAL - James explains his top tips on how to edit your pictures to make yourself look better than real life.

"Everybody edits photos, and I guarantee, half of you all watching probably have Facetune on your phones as well..." he tells his audience of over one million.

Facetune is an app which allows you to edit your pictures in lots of different ways.

The app makes it possible to change the colour of your skin, the shape of your body, the size of your eyes, the angle of your nose. It can remove blemishes and add highlights to the skin. 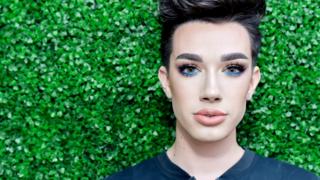 Getty Images
The make-up artist and influencer is actively supportive of retouching and 'tuning' photos so they look good.

"It's definitely one of my all-time favourite used apps!" James enthusiastically tells his viewers.

Facetune is just one of several photo retouching apps that have hit the market in recent years - including AirBrush and SNOW.

And it's not just retouching apps that can change the way you look.

Snapchat and Instagram filters often change the face shape of the user for more "perfect" or for silly results, and phones now have in-built 'beauty' filters that automatically soften looks.

In a video published on his channel in May 2018, James uses Facetune to edit some of his followers' selfies.

"Photo editing and photo retouching is just as much of an art as make-up itself." James tells his viewers.

However, there are plenty of people who disagree. 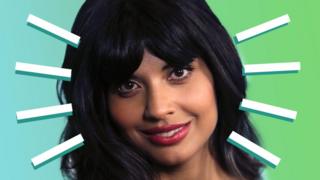 Getty Images
Jameela Jamil says her mental health has been damaged by retouched photos of herself and of other people.

I would like to put airbrushing in the bin.

Jameela Jamil has been in the public eye since she was 22 years old.

As a television presenter, DJ and actress, Jameela say that the way pictures of her have been changed online and in magazines, made her insecure about the way she looks in real life.

In an article she wrote for the BBC, she explains her frustrations with the media and celebrities who retouch their photos.

"When photo editors try to lighten my skin and change my ethnicity, it's bad for the girls who are looking at the picture. But it's also bad for my mental health."

"It makes me dislike what I'm seeing in the mirror. It's a message from the editor to me that I am not good enough as I am." 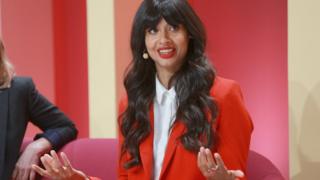 Getty Images
Actress Jameela Jamil has been in the news recently due to her outspoken anger towards airbrushing in photos.

Jameela says that much of what she was exposed to in the media is what contributed to the mental health issues she struggled with growing up.

"All of my magazines were selling weight-loss products or telling me to be thin."

She believes that airbrushing in magazines should be illegal due to its damaging effects on young people and the fact that she feels it's false advertising.

But what do the advertisers think?

Smart advertisers will recognise that creating or capitalising on young people's anxiety is not a sustainable way to sell products.

We spoke to Nicola Kemp, a journalist who covers trends in marketing and advertising.

She believes that advertisers are starting to move away from airbrushed ads for a younger audience, saying "There is a growing conversation of the need to be more responsible in the use of air-brushing particularly when marketing products to a younger audience."

"Its also important to note that young people are Photoshopping pictures of themselves on social media and this is a broader societal issue that extends beyond advertising..."

In some countries like Israel and France, advertisers are forced to label a photograph that has been retouched.

According to French Health Minister Marisol Touraine, the hope is that it would help young people who had been exposed to "unrealistic images of bodies" identify images that might not be exactly true to life.

However, some magazine editors and advertisers disagree.

Despite what anyone thinks, I'm not ashamed to be labelled as someone who edits their Instagram pictures.

Brianna Arp - a journalist who specialises in beauty and lifestyle news - defends the use of Photoshop in her own pictures.

In an article written for Insider, she says, "I enjoy playing around with different photo filters simply because they're a part of the app."

"Removing a giant pimple or two isn't a big deal to me either, especially when I'm sharing selfies."

She suggests instead that "instead of posting Photoshopped pictures as though they are normal or untouched, celebrities and "influencers" could be more transparent about any edits they've chosen to make."

How do you feel about airbrushing photos?

Do you agree with James - that it's art and a way to perfect an image?

Or do you agree with Jameela - that it's not a true reflection of a person and it contributes to anxiety that we feel about the way we look?

Let us know in the comments, and don't forget to vote below!