Why is it called Boxing Day? 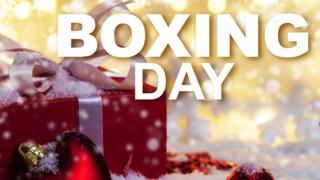 Boxing Day got its name when Queen Victoria was on the throne in the 1800s and has nothing to do with the sport of boxing.

The name comes from a time when the rich used to box up gifts to give to the poor.

Boxing Day was traditionally a day off for servants, and the day when they received a special Christmas box from their masters.

The servants would also go home on Boxing Day to give Christmas boxes to their families.

Which is the best bit about your Christmas Dinner?

Play: Guess what you can recycle this Christmas

120-year-old letter to Santa found but what's on it? 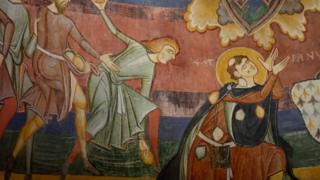 The day also has religious connections and is celebrated as Saint Stephen's Day in Ireland and the Catalonia region of Spain.

In some European countries - such as Hungary, Germany, Poland, and the Netherlands - Boxing Day is celebrated as a second Christmas Day.

Churches also played a part in the creation of Boxing Day. Through the year they would take money from churchgoers in the form of a collection and hand it out at Christmas.

Many of them stored the collection money in a box, which they opened on Christmas Day. The money was then handed out to the poor the next day - on Boxing Day.

Today, those boxes aren't as popular. However some people leave out extra money for people like paper boys and girls in the weeks before Christmas, and call it a Christmas box. 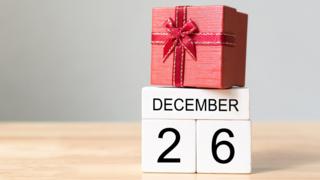 Getty Images
When is Boxing Day?

Boxing Day is the day after Christmas Day and falls on 26 December.

It's also a public bank holiday in the UK.

When 26 December is a Saturday, the Boxing Day bank holiday is moved to the next Monday.

If 26 December falls on a Sunday, then the holiday is the following Tuesday. 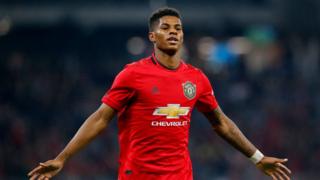 Christmas Day is now a football-free zone, but this wasn't always the case.

In the days before TV, there would be a full programme of matches on 25 December with fans popping on hats and gloves to watch football at grounds across the UK after eating.

But throughout the 1950s, attitudes towards playing sport on Christmas Day changed. 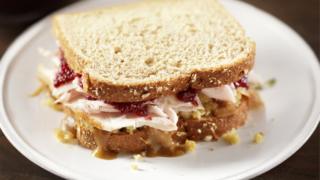 For many people Boxing Day actually only means one thing - leftovers!!

Let's face it, many people prepare way too much food for Christmas Day and end up eating it for the next week! Turkey curry, turkey pies and the famous turkey sandwich.

Yum, looking forward to it already - we'll skip the leftover sprouts though...

Celebrities go all out for Christmas Jumper Day 2018

Where can you bin it? Christmas edition