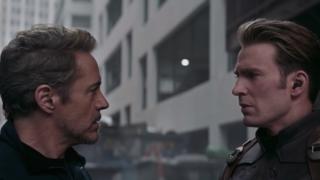 Marvel
Iron Man, Tony Stark asks Captain America if he 'trusts him' in the new footage

Did you get together your cinema squad for Avengers Endgame tickets, only to find that you were stuck in a queue for hours.

After Marvel announced the news that tickets were on sale, previous pre-sale records faded fast, almost as quickly as a click of Thanos' fingers. (Too soon?)

Those who logged onto cinema sites found themselves in a virtual queue, with some customers having to wait up to two hours to book online.

Along with the ticket announcement, new footage was released showing multiple heroes - including Iron Man, Captain Marvel, Black Widow, Thor and Ant-Man, as the team prepares to face Thanos, for what we expect is the final time.

Notably, we caught a glimpse of Captain America and Iron Man shaking hands and making friends again, with Tony asking Cap, "Do you trust me?".

Endgame will mark the 10 year anniversary of the Avengers movies - from Tony Stark's first outing as Iron Man to the devastating battle against Thanos in Avengers: Infinity War, which was released last year.

Directors - Anthony and Joseph Russo, are being very quiet about what will happen in the new film, which is due out in the UK on 25 April 2019. In an effort to keep the film spoiler-free, Marvel has used some fake footage in the trailers, so who knows what to believe!

We've had a look about and here are some ideas of what we think you can expect. Watch out though, there are potential SPOILERS AHEAD!

1. The return of the main cast 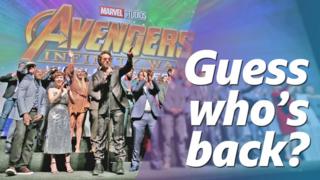 At the end of the last film, we saw many of our beloved heroes disappear as villain, Thanos, completed his mission.

For many of us it was a very sudden goodbye.

But many think that this won't be the last we see of the A-team.

The cast list shows that all the main players will be returning - including Benedict Cumberbatch as Dr Strange, Tom Holland as Spider-Man, Zoe Saldana as Gamora and Tom Hiddleston as Loki.

We can't be sure that their characters have reappeared - it could be that they are part of flashbacks in the film - but the fact that so many of the actors will be appearing in the next film makes us hopeful!

2. A last call for Captain America? 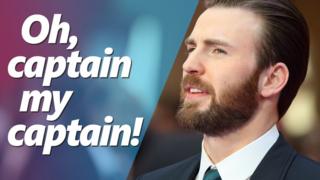 You may remember that Steve Rogers, Captain America, was one of the Avengers that survived the last film.

However, this might be the last time we see the formerly-frozen soldier in his superhero suit.

The actor who plays him, Chris Evans, has said it's time to give up the shield and move on to other projects.

So what could this mean for his storyline in Avengers 4? We'll have to wait and see!

3. Bringing in the big cheese 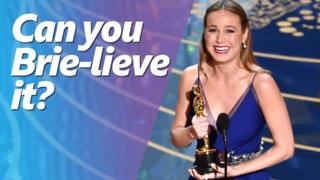 Oscar-winning actress, Brie Larson, is joining the line up in this film - playing superhero Captain Marvel.

Captain Marvel has the powers of super strength and flight - that's quite a combination.

Captain Marvel was recently seen in her own movie teaming up with Nick Fury in the 1990s. Fury's final act of Infinity War was to page Captain Marvel to help the Avengers in their most desperate hour. With that in mind, we can expect Captain Marvel to pack a punch in the new movie.

4. A surprise appearance from Katherine Langford? 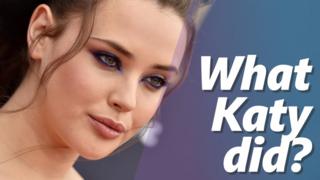 It's fair to say that the Avengers has an overwhelmingly large cast - it packs in more cameos and stars than any other superhero franchise.

But there is another character to add to the line up!

Katherine Langford, best known for her appearances in 13 Reasons Why and Love, Simon will be joining the star-studded cast. However, we're in the dark as to what her role will be.

Some believe she might play Cassie Lang, the daughter of Ant-Man. Others are thinking she might be Kate Bishop, a potential Hawkeye replacement, after the original Hawkeye, Clint Barton, mysteriously did not appear in Infinity Wars.

We know that Jeremy Renner - who plays Clint Barton - will be appearing in Avengers 4, however. So how will these storylines tie together?

A more surprising theory, is that some think that she might be there not as an Avenger, but as a villain! Possibly one to rival Thanos himself.

5. Time to spice things up? 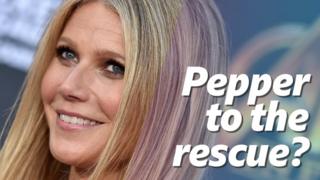 A leaked photo from the set of the Avengers shows actress Gwyneth Paltrow, who plays Tony Stark's wife - Pepper Potts, in a new kind of outfit all together.

Wearing a purple suit very similar to Iron Man's super robotic suits, she looked like she could fit right in with the Avengers crew.

Some think that this will be Pepper's turn to shine, after the character has often been side-lined to smaller stories.

What are your theories for the new Avengers film? Let us know in the comments below!