What's been your elf's best trick?

It's Christmas! Which means the elves are back and they've been creating fun and mayhem in homes across the country.

We love to know how much trouble they've been causing - so let us know in the comments what your elf's best trick has been!

Whether they've been hanging off the shelf, hiding in the cupboard or snoozing in the dog's basket!

You can send us your elf pics, too! If you're struggling for inspiration then have a look at these from last year.

To send us pictures of our elves, email newsround@bbc.co.uk

Remember we want pictures of just elves and we need your name but there's also some other things to bear in mind before you send stuff to us.

Remember to get your parent or guardian's permission before you send us anything!

We may show your video and pictures on our website or in our TV bulletins.

We'll show your first name and which town you're from - but we won't use your details for anything else. 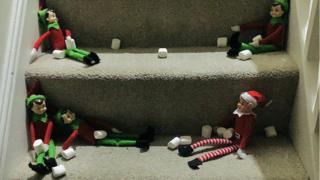 Algfie
Alfie's elves have been having a snowball fight on the stairs - wonder who is going to clean that up? 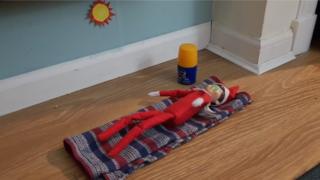 Niamh
Niamh's naughty elf Peppermint has been sunbathing under the fireplace! 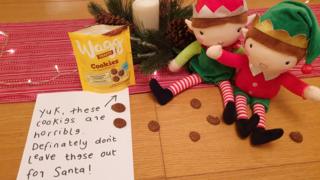 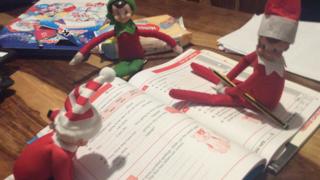 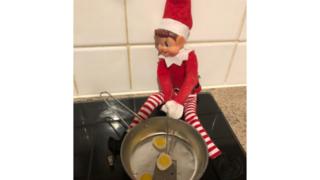 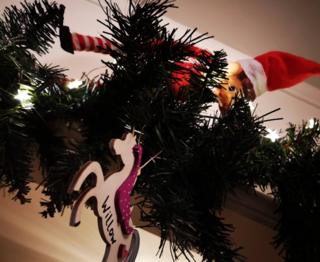 Willow
Buddy is Willow's Elf and this morning, Buddy was found climbing up on the Christmas decorations. "He's a sneaky little fella!" 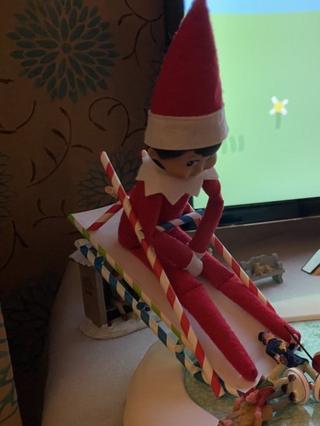 Liam's elf Snowy has made a sleigh and left a mess on the floor. Bad elf but great sleigh! 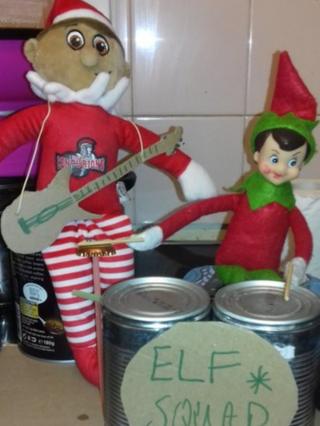 Daniel, Hollie and Joshua trying to be the Beatles but aren't quite there with the equipment. 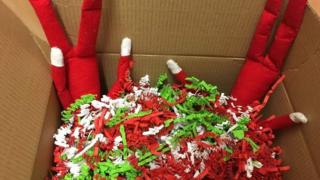 Imogen
Imogen's elf has been fishing. 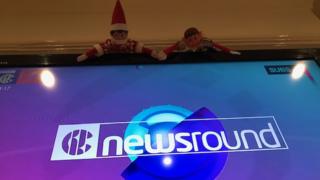 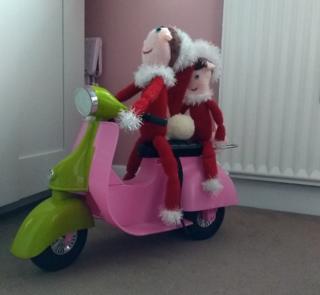 Sofia & Gareth
Sofia & Gareth from Derbyshire sent this snap of their Elves "being naughty when we were away". 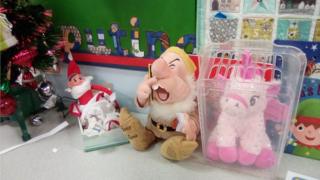 Junipers Class 4 from Peterborough sent us this one - it's their class elf. They told us he was messing around on his unicorn at the weekend and fell off! "He has hurt his leg and his arm and has been told by Santa to rest. Detective Inspector Sneezy is investigating whilst the unicorn is now in jail! However, was it really an accident? Did someone spook the unicorn?" 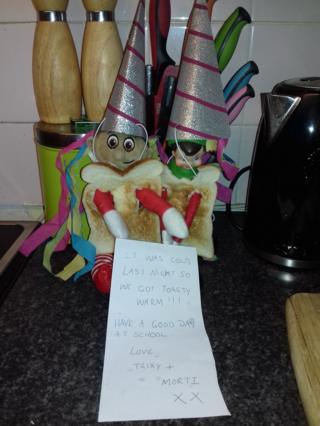 Daniel, 11, in Bolton sent this one in. "My elves were being rather naughty wasting all my bread on toast to keep warm." 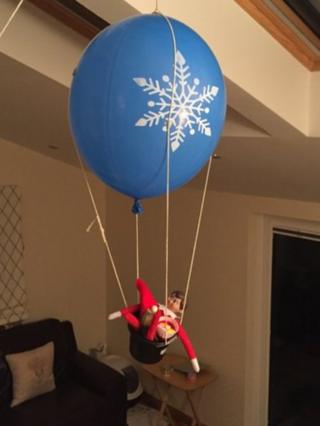 Rory and Iona in Aberdeen's elf, Jones, is on a balloon ride! 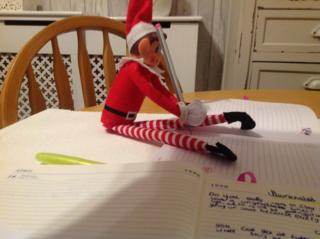 Chaima from Tunisia sent us her elf - she says awful Alfie has been scribbling on her home work! 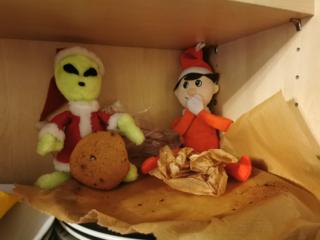 Natalie sent us these pictures of Chip the elf, who keeps getting caught having snacks 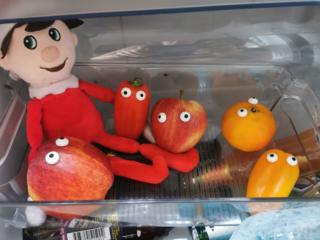 Hang on, though - are these healthy snacks coming alive?! 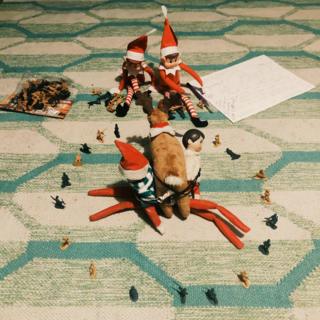 Oscar and Amelia sent us this picture of their new elves Doubledecker and Popster, who tied up Cackles, Butterfly and Doodles, their our old elves, on their first night in the house. They also persuaded the toy soldiers to guard them..... don't worry they're all friends now!

Isabelle (6) and Ewan (9) look after these elves - their names are Jingle, Sugerplum and Zippy. They look like they're on a massive zip wire - be careful elves!

These elves don't look naughty at all - they're enjoying a lovely elfy story! 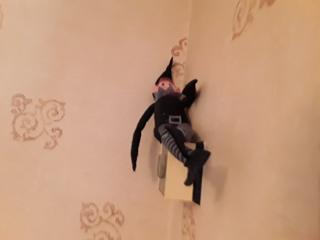 This elf has climbed up onto the thermostat! That won't keep you warm, but you might get a good view! 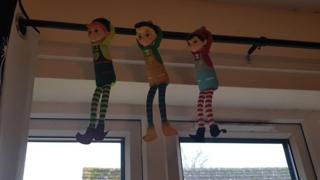 AFP
These naughty elves - they get everywhere!

Meet the kids who are going for the Christmas number one!

Why China is building a hospital in just a few days