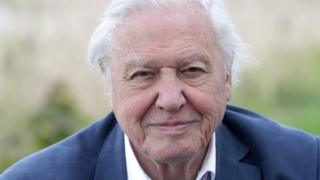 Scientist and presenter, Sir David Attenborough has spoken at a big conference today about climate change.

The meeting is taking place in Poland, where Sir David will take the "people's seat" - a role that is meant to represent the people around the world who are affected by climate change.

He will deliver comments from members of the public to world leaders who are attending the conference.

What will the weather be like in 100 years time?

What is the conference all about?

The conference is called COP24 - which stands for Conference of Parties.

It is a meeting where lots of governments are coming together to discuss what to do after a climate change report came out in October saying global temperature rises should be limited to 1.5°C.

The Intergovernmental Panel on Climate Change (IPCC) said that this could only be achieved if greenhouse gases are cut by 45% by 2030 - which is a big change!

Lots of world leaders are giving talks at the opening meeting, but some are commenting that the number of people attending are way down compared to a climate change conference that took in Paris in 2015.

This conference was known as the Paris agreement and it was a very important moment in the climate change movement.

The United States - at first a key player in climate change talks - withdrew from the Paris agreement earlier this year, and will officially leave in 2020.

But these are still very significant talks for China and the European Union who are hoping this will help encourage global leaders to continue to work towards the 1.5°C limit.