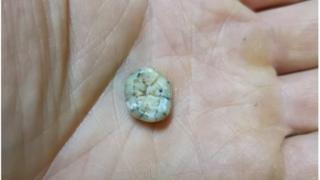 The tooth fairy could be in trouble over this discovery!

What's thought to be a 130,000 year-old child's tooth has been discovered in a Laos cave in Southeast Asia.

Scientists believe the tooth could help prove that an extinct type of human known as the Denisovans once lived in Southeast Asia.

Very little is known about the Denisovans but scientists studying the tooth say it is from a human female aged between three to eight years of age.

Starlings in a post box and other animals in funny places! 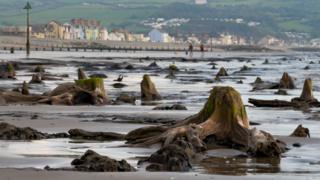 There's lots of things storms do but would you expect it to uncover a forest thousands of years old?

Well that's exactly what Storm Hannah did in 2019, revealing a forest buried under water and sand more than 4,500 years ago.

The remains can be found on the west coast of Wales and were uncovered by the low tides and high winds brought on by Storm Hannah. 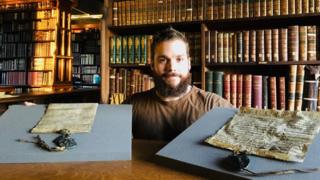 When Dr Benjamin Pohl was looking through old papers at a library, he couldn't believe what he found...

He discovered a very rare royal charter from the time of King John, whose reign lasted from 1199 until 1216.

It was found in a library run by Durham University and is an impressive find because so few of them have survived. 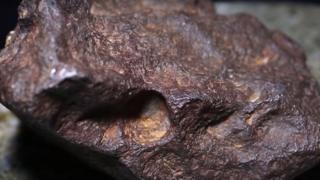 Now this story is out of this world - in 2018 a man discovered that a rock he was using as a doorstop for 30 years was in fact.... a meteorite!

A professor was asked to confirm what the rock was.

She confirmed that it was the biggest bit of meteorite she'd ever looked at in her career and it was found that the rock could be worth $100,000 - around £77,000! 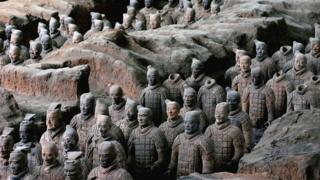 In 1974, a group of Chinese farmers were digging a deep-water well near to the site of an Emperor's tomb.

As they dug further, they came across an incredible figure made entirely out of clay - a soldier ready for battle!

Archaeologists came to the site and soon discovered not one, not two, but thousands of clay soldiers buried underneath the site!

Talk about a well-y good discovery!

Ummm, well where do we begin with this one?

Yep - it's a poo! And it was discovered in 1991 by archaeologists digging in a car park.

This is no ordinary poo however, it is thought to be 1,000 years old and to have come from a human.

Shortly after its discovery, it was put on display in a museum - showing that one person's 1,000 year old rubbish is a 21st century treasure! 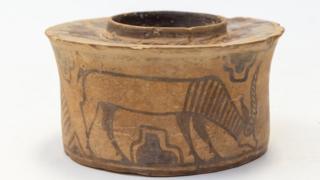 In 2018 a man in Derbyshire discovered that his £4 toothbrush pot bought from a car boot sale was very special.

It was a piece of pottery an incredible 4,000 years old. That pot was definitely made to last! 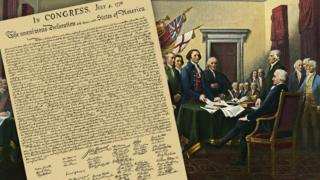 It's not everyday that you walk into a local charity shop and come away with one of the most important documents in your country's history!

Nearly thirty years ago, a man paid $4 for a painting in a thrift shop in Pennsylvania, America, because he liked its frame.

The last thing he expected to find when he looked behind the painting in the frame was a copy of the Declaration of Independence - a super famous statement written after the separation of the United States of America from Britain.

A medieval sword has been found in a sewer in Denmark

The 52-million-year-old berry and other really old foods