What is the cabinet? 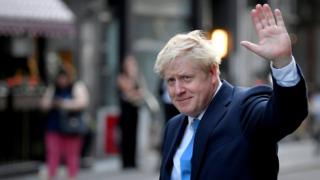 Reuters
The cabinet is a group of important government ministers, chosen by the prime minister

The cabinet is a special group of the most senior members of the government. The team of 20 or so ministers is chosen by the prime minister.

Currently, there are 23 members of the cabinet, including the prime minister.

This afternoon, Boris Johnson - who will take over as the new leader of the government today - is expected to announce who some people in his new cabinet will be.

Most people in the cabinet are in charge of a particular area of public life - for example, health, transport, the environment or how the country defends itself.

It is possible to have cabinet members who aren't in charge of something specific. These are called 'ministers without portfolio'.

Members of the cabinet usually meet once a week to talk about the most important issues for the government.

Theresa May announced she was standing down as Conservative Party leader on 7 June after failing to get Parliament to agree on a way that Brexit should be carried out. She said she would stay in the job until a new prime minister had been chosen, which has now happened.

Watch the moment that Theresa May resigned

These people all wanted to be the next next prime minister