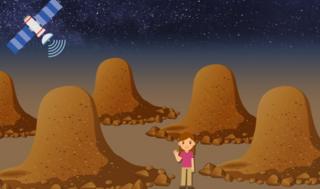 Termite mounds in Brazil are so big they cover land the size of the UK and are so tall they can be seen from space.

Shaped in a grid pattern the mounds cover a space of 88,800 square miles. 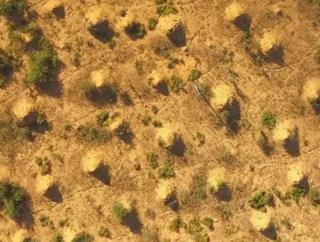 The heaped mounds aren't lived in by the insects, instead researchers from 'Current Biology' say the heaped earth is merely waste material brought to the surface by the termites as they carve out lots of underground tunnels for their homes beneath the surface. 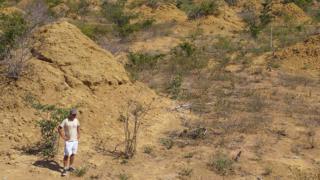 Roy Funch
These termite mounds are bigger than a man

Syntermes dirus are some of the largest termites in world, they are often used as food by the local tribes in Brazil's Amazon rainforest.

These termites live underground and feed on dead leaves from the forest floor at night. Like most termites, these insects are blind but they are very good at making soil mounds.

Insects: Would you eat a plateful of these?