Wombats discovered to have cube-shaped poo 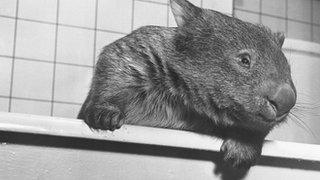 Animals come in different shapes and sizes - and so does their poo.!

African elephants can each produce over 50kg of poop per day, jellyfish poo out of their mouths, while other animals such as bunny rabbits eat theirs...

But it is the wombat that produces cube-shaped poo and lots of it - around 80 to 100 cubes per night.

A team of scientists from the Georgia Institute of Technology have been finding out why this Australian creature has poo that comes out in blocks. 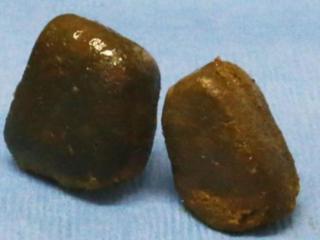 The scientist found that wombat poo comes in cubes - not because the wombat has a square-shaped bum, but because it has a very long and slow digestive process, meaning it can take over two weeks for wombats to go to the toilet after eating a meal.

During that time the poo becomes extremely dry and squished together. It is thought that the ridges and bumps inside the animal's intestine moulds the poo into cubes.

If you ever needed proof that poo is smelly, just go into the bathroom after your brother or sisters... stinky! Well, animal poo smells too.

The reason is that wombats use their poo to communicate with each other, and it's the scent that helps to mark their territory and warns other wombats to stay away.

Their poo is block-shaped because then it won't roll away. This is particularly useful because wombats have quite poor eye sight.

Can you guess which animal did this?

Do you know what happens to your poo?

The poo train that's stinking out a US town

Is it raining poo in Canada?