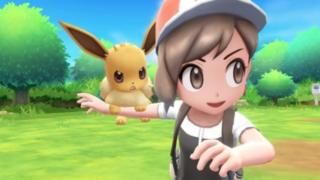 It's become the fastest selling Switch game ever and has sold more than three million copies worldwide. It saw off previous competition, beating the opening records of Mario and Zelda.

It's the first Pokémon role playing game that's not just hand held, but also on a console, the Nintendo Switch. It includes co-op play, mobile integration, and the ability to play on a big screen too.

Inspired by a Gameboy Classic 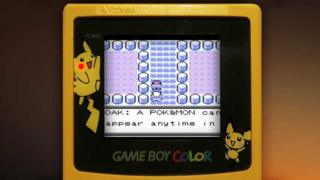 The game is actually inspired by a classic Game Boy Colour game that your parents might've played.

Pokemon Red, Blue and Yellow were released in the late 90s, Yellow was slightly different because you started the game with a Pikachu that won't stay in his Pokeball, much like Ash's story from the original cartoon series.

In the game you could turn to Pikachu and interact with him and see his mood.

Got to catch 'em all

Obviously, 20 years on from the original games a few things will have changed, not least the catching style which gets lots of inspiration from the mobile game Pokémon Go. There's advice on how to transfer your Pokémon Go collection to the new game at the bottom of this page.

In Let's Go, the more Pokémon you catch the more rewards you get, such as candy, bonuses and Pokémon with better stats.

You can catch a Pokémon in either handheld mode, or by using motion control, but that can be a little tricky.

Unlike the vintage Pokémon Red, Blue or Yellow, you now have to walk into a Pokémon to start an encounter. Not like the old days, full of random battles with thousands of wild Pidgeys filling up your Pokedex. 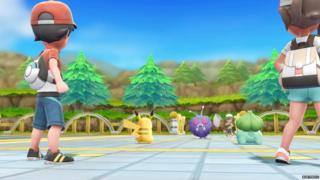 The starter Pokémon are different in both games. Unsurprisingly you either get Pikachu or Eevee depending on the version you own. Pikachu has a surfboard, allowing him to sail the high seas while Eevee can use a balloon to fly around the map.

Some Pokémon are only available on one version or the other. Oddish, Sandshrew, and Growlithe only appear in Pokemon: Let's Go, Pikachu! while Bellsprout, Vulpix, and Meowth are exclusive to Pokémon: Let's Go, Eevee!

Can Pikachu or Eevee evolve?

The Pikachu or Eevee you start with cannot evolve. Those you catch or transfer however, can be evolved.

Just because you choose Eevee doesn't mean you won't be able to get a Pikachu, and vice versa. Pikachu is easy to find in the wild.

Eevee, meanwhile, was never available to catch in the wild in the original Game Boy games. Let's Go! draws heavily on these, so we imagine they're just as hard to find on the new game. 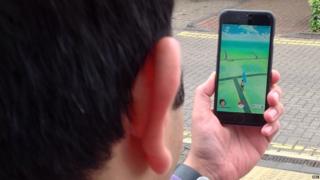 Pokémon: Let's Go: how to transfer your Pokémon Go collection

Pokémon Let's Go connects with the mobile game Pokémon Go. All of those creatures you've been capturing on your phone? You can now bring them to the console game. Well, some of them, at least.

The first step is to sync your devices. For the Switch, all you need to do is go to the main menu in Let's Go and choose "Open Pokémon Go settings." Once you do that the game will start searching for your Pokémon Go account. While that's happening, open Pokémon Go and go to the settings menu. If you scroll all the way down to the bottom, there will be a list of devices, with the Nintendo Switch at the very top.

Now, if you just picked up Let's Go, you're probably excited about getting a really good pokémon party with creatures you've already caught in Pokémon Go. Unfortunately, you can't start transferring right away. In order to access the transfer feature, you need to head to the Go Park Complex in the game, which is located in Fuchsia City. This is fairly far into the game - Fuchsia City is home to the fifth of the game's eight gyms -so it'll be at least a few hours of playing before you get there.

Once you transfer a Pokémon to the Switch game, you can't send it back to Pokémon Go, so be sure about your decision. You also can't transfer every Pokémon. Let's Go is a remake of the original Game Boy games, which means you can only transfer first-generation Pokémon.