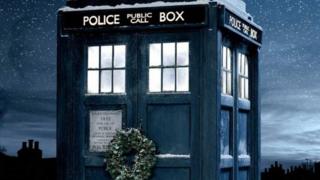 It's been announced that there'll be no Doctor Who on your TV this Christmas Day.

Yes, you heard right - no Doctor Who to watch after your Christmas Dinner! So to cheer you up, Newsround has been looking back at the 13 days of Christmas Doctor Who past, from 2005 - 2017. 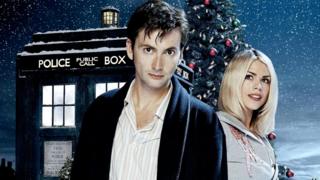 "The Christmas Invasion" was Doctor Who's very first Christmas special since 1965. It's a classic, and not just because it was the start of David Tennant's long run as the Doctor.

Having just regenerated from 9th Doctor Christopher Eccleston, 6 months earlier, the episode focuses on the threat of alien monsters the Sycorax. But it also looks at how companion Rose Tyler comes to terms with the Doctor changing his face. The Doctor even lost a hand in his victory against the Sycorax, but grew it back thanks to regeneration energy. The lost hand proved to be a story for another time... 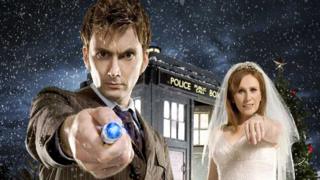 Featuring a car chase, evil Santa robots, giant spider creatures, deadly Christmas ornaments, and a bride on the run, it was the first appearance of Catherine Tate's Donna Noble in Doctor Who. Donna showed up at just the right time, after the Doctor is still sulking about losing Rose. From the beginning, it's clear what a good pairing they make, setting up Donna to return as a future companion. 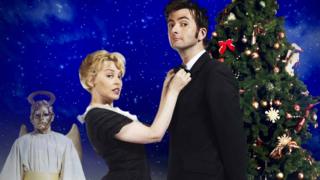 In "Voyage of the Damned," the Doctor finds himself on the intergalactic cruise ship 'Titanic', doomed to crash to earth. While fighting scary Christmas angels, with the help of Kylie Minogue's character Astrid, the Doctor saves the day. But sadly he is unable to save Astrid as well. 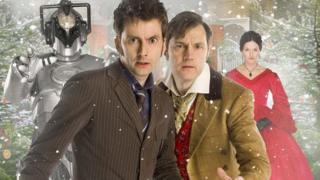 David Tennant is joined by a Doctor imposter played by David Morrissey. His character Jackson Lake, borrows the Doctor's name along with his mannerisms and style. They both team up to fight the villainous Ms. Hartigan in a finale that includes a hot air balloon and a Godzilla-sized Cyberman trampling through Victorian England. 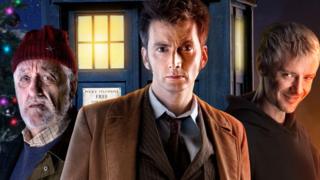 "The End of Time" is all about saying goodbye to David Tennant's Doctor. The Master played by John Simm takes over the whole human race, making everyone look like him. The Time Lords return and the Doctor saves the day by beating the lot of them.

Thinking he's survived unscathed, the Doctor ultimately sacrifices himself by trading places with Donna's granddad, Wilfred who is trapped inside a radiation chamber. The Doctor says goodbye to all his friends and utters those unforgettable last words: "I don't want to go" before regenerating. 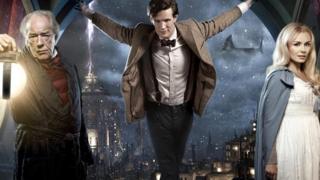 A Christmas Carol is basically a sci-fi version of the Charles Dickens book of the same name. It tells the story of a doomed spaceship and a rich old man who could save the day, but refuses to do any such thing. When he's not running from a flying space shark, Matt Smith's Doctor attempts to show this future scrooge the error of his ways.

More on Doctor Who

Fans react to the new Doctor Who 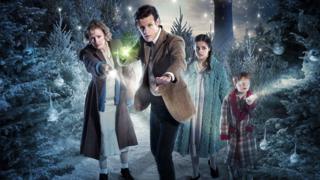 The Doctor decides to give a family a perfect Christmas in a mansion full of Christmas decorations and a forest similar to that of Narnia. The episode focuses on heroine mum, Madge Arwell, who only wants her children to have a good Christmas despite knowing that her husband just died in World War II. 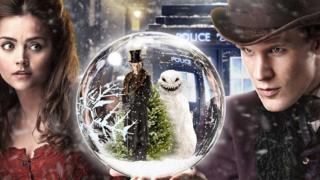 Featuring a stellar cast including Richard E. Grant and Sir Ian McKellen, this episode shows a down-in-the-dumps Doctor, who has just lost his companions, Amy and Rory. However, he's reunited with new companion Clara, played by Jenna Coleman. Monsters in this one include a creepy speaking snowman and a frozen nanny in a pond. Scary stuff. 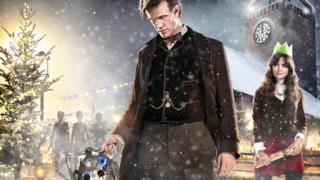 With a crack in a wall being the mystery throughout Matt Smith's time as the Doctor, it's revealed the Time Lords hide behind it. In this episode, the Doctor is stuck in a town called Christmas for hundreds of years, as all of his enemies, from the Dalek's to Cybermen, try to get to him.

The Doctor - out of regenerations - is about to die through old age. The Time Lords realise his importance and gift him regeneration energy to defeat the Daleks.

Matt Smith's Doctor manages one final goodbye with Amy Pond and Peter Capaldi takes control of the TARDIS, complaining about the colour of his kidneys. 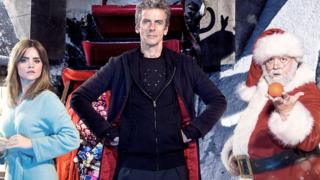 Nothing says Christmas like a group of face-sucking, telepathic alien crabs - but that's what the Doctor, Clara and Father Christmas have to face in the North Pole during this festive episode. 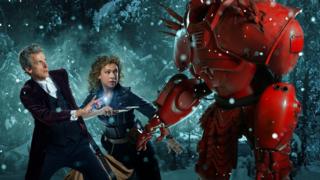 River Song is back but she doesn't recognise the Doctor after his regeneration. Eventually the penny drops and the pair realise they'll soon see each other for the last time. Sadly this is the last we see of River (for now). In the character's time line, she's about to meet David Tennant's Doctor from the season 4 episode, Silence In The Library. That's the nature of time travel, I suppose.

2016: The Return of Doctor Mysterio 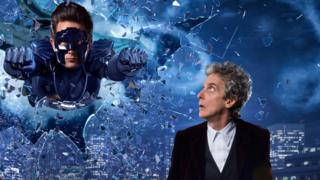 A tribute to classic superheroes, "The Return of Doctor Mysterio" features the Doctor visiting New York fighting brain-swapping aliens. The Doctor teams up with an investigative reporter and a mysterious masked superhero known only as the Ghost. Sounds familiar, but who is behind the mask and will the Doctor save Manhattan? 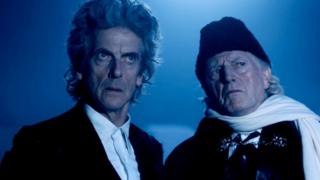 The end of Peter Capaldi's time as the Twelfth Doctor, "Twice Upon a Time" sees the Doctor cross his own timeline yet again, this time to meet his first self. Originally played by William Hartnell in the '60s, this time the First Doctor was played by David Bradley. Along the way the injured Twelfth Doctor meets a First World War soldier and has his fashion sense criticised by the First Doctor, all while wincing at his former self's casual sexism and political incorrectness from the '60s. It was a different time I guess.

Fitting then, that by the end of the episode The Doctor regenerates into a woman for the first time.

Sadly neither the show nor new Doctor, Jodie Whittaker will feature in our Christmas Day TV viewing this year. But she will be on screen as the Doctor as part of a special on New Year's Day.

If you're really missing Doctor Who on Christmas Day, all the Christmas specials are available on the BBC iPlayer.

Test your Doctor Who knowledge with our fun quiz