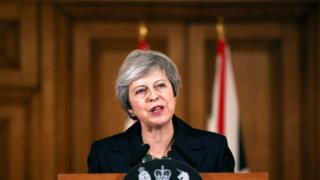 The prime minister says she believes in her Brexit plan and insists she'll carry on doing her job.

In a dramatic press conference, Theresa May told reporters she was committed to seeing the process through and believed that her plan was the best one.

After months of talks, the prime minister had earlier announced a deal for Britain to leave the European Union (EU) - a move known as Brexit.

On Wednesday 14 November, she had a five-hour meeting with her cabinet - a group of her top ministers. Although they all agreed on the deal at the time, some of them weren't very happy about it and have since left the top team because they felt they couldn't support it.

Why can't everybody agree?

What do all the different words mean? 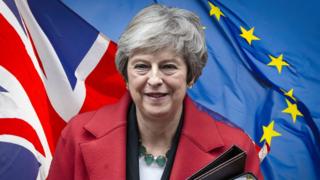 There have been lots of arguments about her plan, about what should happen next and even about Theresa May's future as Prime Minister - with some of her own MPs calling for her to resign.

There are lots of issues that need to be decided on for Brexit to happen. For example, what will happen to the border between Northern Ireland (in the UK) and the Republic Ireland (which will remain in the EU), and how the UK will buy and sell goods with EU countries.

Mrs May spoke to MPs in Parliament about the deal. "It ends free movement, takes back control of our borders, laws and money," she said. 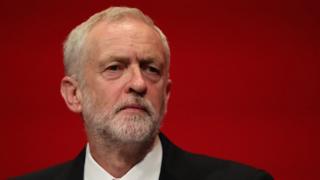 But Labour leader Jeremy Corbyn responded by calling the deal a "leap in the dark" and said it represented "a huge and damaging failure".

"It is utterly far-fetched for the prime minister to suggest that we have taken control of our laws, money and borders," he said.

But he also told MPs that leaving the EU without a deal is "not a real option".

So what has actually happened to get to this point and what happens next?

On 23 June 2016, the UK made a historic decision when it voted to leave the EU. More than 33 million adults voted and around 52% of them chose to leave the group of 28 countries.

The UK has been a member of the EU for more than 40 years, so this was an extremely important moment.

Since this, there have been lots of meetings and discussions about what the UK's relationship will be with the EU once it leaves the group. 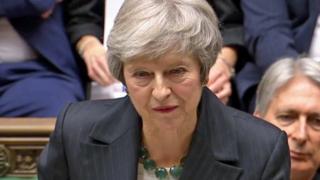 By the end of the important cabinet meeting, the government's top ministers agreed on what this relationship should be like, although reports suggested about 10 ministers were unhappy with the agreement.

The deal has been written up in a 585-page draft document.

This is an important moment as it has taken a long time to get to this point.

But the Brexit journey is not over yet.

The deal is still not final. It now needs to get the stamp of approval from MPs and, finally, the 27 other countries in the EU.

An emergency EU summit is expected later this month to agree on the deal.

Theresa May also needs other MPs to vote for it too, which the BBC's political editor Laura Kuenssberg said could take place around 7 December.

What could happen at the vote?

This vote will not be easy for the prime minister.

The Democratic Unionist Party (DUP), which she relies on for important votes in Parliament, has already said it is likely to vote against the draft deal, claiming it could lead to the break-up of the UK.

The Labour party and some Conservatives are trying to make sure that there are other options that MPs can vote for, in addition to this deal. 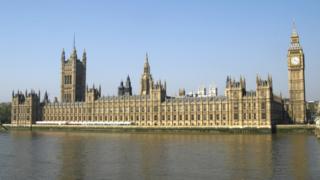 MPs need to vote on the deal in Parliament

If Parliament votes against the deal, it will have 21 days to put forward a new plan.

If they vote for the deal, an EU Withdrawal Agreement Deal will be introduced early next year.

Mrs May told MPs this morning that "voting against [the deal] would take us back to square one".

Junior Northern Ireland Minister Shailesh Vara became the first person to resign as a result of the draft agreement.

Then, on Thursday morning, the government's Brexit Secretary Dominic Raab - who signed off on the deal with the rest of the cabinet - has now resigned too. He said that he "cannot in good conscience" support the deal.

After this happened, the Scottish National Party's Westminster Leader Ian Blackford said that "the PM is trying to sell us a deal that is already dead in the water and not even her Brexit secretary could stand over it".

After Mr Raab's resignation, Work and Pensions Secretary Esther McVey announced on social media: "Earlier this morning, I informed the Prime Minister I was resigning from her Cabinet." There have been other resignations too. 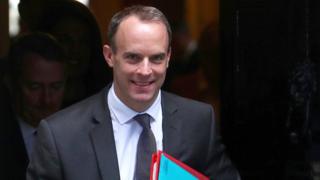 We don't know what will happen if Theresa May loses the vote in Parliament.

Mrs May might try to have more discussions with the EU, but lots of people are saying that her time as prime minister could come to an end. There could be another general election and/or a new prime minister, but we will have to wait and see.

Part of the draft deal includes a proposed 21-month transition period after the UK's departure from the EU, which would last until December 2021, but this could be extended.