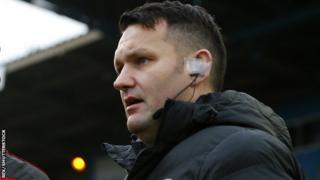 A referee has been suspended for three weeks for deciding a Women's Super League kick-off with a game of rock, paper, scissors instead of the normal coin toss.

David McNamara made the decision to use the decider before Manchester City's home game against Reading on 26 October after leaving his coin in the dressing room.

The rules of the game say that the normal procedure to decide which goal a team is attacking is with the toss of a coin.

With that in mind, Newsround is taking a look at some other football rules that you might not be sure about. 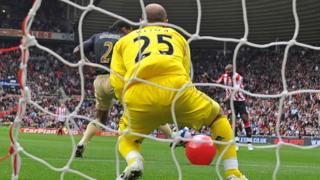 Liverpool fans, remember this? Back in 2009 the Reds had the unusual honour of having a beach ball score against them (sort of). When one of their own fans threw the inflatable onto the pitch, it floated along the turf in front of the goal mouth. That is until the then Sunderland striker Darren Bent smashed a shot against said beach ball and the actual football deflected into the net. To the despair of Liverpool fans and players the goal was given.

However, it should have been disallowed...

The laws of the game state that if there's outside interference, a drop ball should be awarded. That means if an object, fan or animal either prevents or scores a goal, play should be stopped. 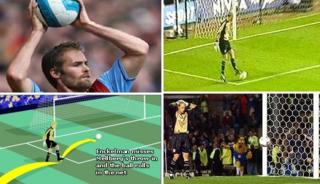 You might be aware that you can't throw the ball into the net and score via a throw-in. But that counts for own goals too.

If a player either throws or passes a free-kick into their own net it doesn't count as an own goal. Instead, a corner is awarded to the other team.

In the 2002 West Midlands derby between Aston Villa and Birmingham City, Villa's Olof Mellberg ended up throwing the ball into his own net. If the Goalkeeper Peter Enckelman hadn't touched the ball before it went in, the goal wouldn't have counted, but it was judged that the ball had brushed against the keepers boot before hitting the back of the net. Goal given. Unlucky.

Goalkeepers can only hold the ball for 6 seconds 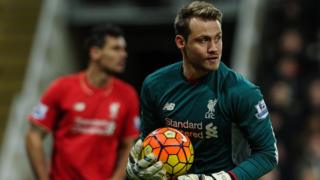 To be fair, you might already know about this rule from playing on Fifa. If you hog the ball while controlling the goalkeeper, a little yellow symbol with a number six pops up, until you release the ball.

This law isn't exclusive to Fifa, it's a real life rule too.

Now, sometimes it can feel as if referees don't enforce this particular law. Especially when keepers cling on to the ball for dear life, often wasting time while their team is holding on to a slender lead. However, in 2015, Liverpool goalkeeper Simon Mignolet held onto the ball for a whopping 22 seconds against Bordeaux in the Europa League. The ref awarded an indirect free-kick, which was squared and promptly cannoned into the back of the net. 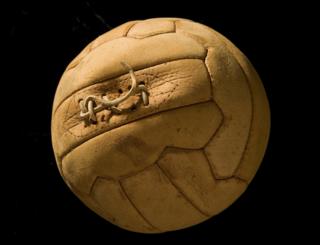 Unsurprisingly a football has to be round, with a circumference between 68 and 70cm. The rules also state that the ball has to be made of a suitable material.

Believe it or not, the football has come a long way. The first properly made ball was simply a pig or sheep's bladder, inflated by good old fashioned lung power and knotted with string at the end.

Today, if a ball loses its air or goes flat, play has to be stopped. The ball is replaced and play restarted with a drop ball.

If the ball deflates mid-shot and is flat when it goes in the net, the goal should be disallowed. 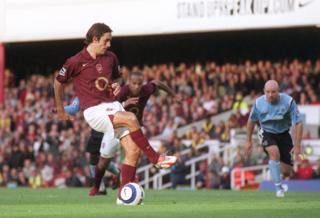 Passing a penalty kick is totally within the laws of the game.

The player taking the penalty must kick the ball forward and can't touch it for a second time. Legendary players the likes of Lionel Messi and Johan Cruyff have all tried to fool the opposition by passing a penalty. But back in 2005 it didn't go quite to plan for Arsenal teammates Robert Pires and Thierry Henry.

Attempting the pass, Pires only grazed the ball with his studs, meaning it only moved a little bit and didn't actually leave the penalty spot. Once he had done this, Pires had given up his right to touch the ball again.

Crucially, at this moment, the ball was in play - free for Henry to take a shot - But Henry ran past Pires expecting a better pass to feet.

It was all very embarrassing.

Wayne Rooney will captain an England friendly but should he even be playing?

Marouane Fellaini: Man Utd star has had a haircut