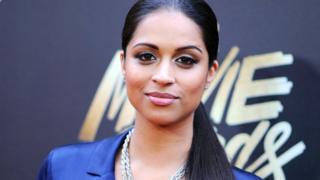 One of YouTube's most popular creators has announced that they are taking a break to focus on their mental health.

Lilly Singh, known as Superwoman to her fans, has been producing and starring in videos on YouTube since 2010 and has over 14 million subscribers.

In a video released on her channel on Monday, she said she will be taking a break for a while but hasn't said how long the break will be.

She has stated that she is suffering from "burnout" after eight years of creating videos.

Fans have been supportive of the Canadian star on Twitter, encouraging her to take time out to focus on her health. 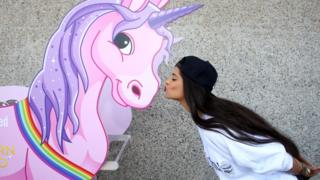 Getty Images
Lilly revealed in her video that she was "mentally, physically, emotionally and spiritually exhausted"

While Lilly was very clear in saying that the break was not about YouTube or her fans, she said the pressure of making content has been overwhelming.

This is in no way a reflection of how I feel about the platform of YouTube...

In her video she said she was "mentally, physically, emotionally and spiritually exhausted".

She also said that she hasn't been happy with her content recently, comparing YouTube to a "machine" where she feels pressured to keep "pumping out" content.

Commenting on a few of her more recent videos, she said, "There are some things that I'm definitely proud of but, there are some where I'm just doing this because I think I have to on this platform that demands constant content..."

She also described her struggle with trying to create popular content for a YouTube audience and staying true to herself. 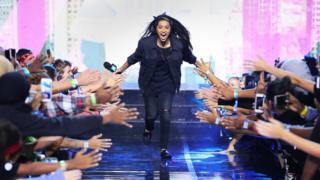 Getty Images
Lilly Singh, known as Superwoman to her fans, has over 14 million subscribers on YouTube

After her announcement, fans of Lilly responded positively on Twitter, encouraging her to take time out for her mental health.

According to the magazine Forbes, Lilly Singh is one of the highest paid YouTubers in the world, earning £5.7m in 2016.

Twitter user @TeamSuperAU_ said "We [can't] wait for the stronger and happier you..." and @teamsuperworld said "Your happiness comes first. It's a decision you made and it's a good one [because] we truly just want you to be your happiest self."

What do you think about Lilly taking a break from YouTube?

How can being online affect how you feel?

Anti-bullying week: Children facing the pressure to always be online

Why are there train strikes this week?

Do YOU trust news you see on social media?