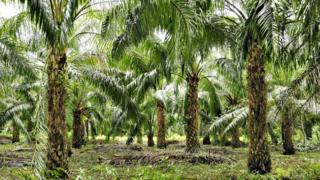 A Christmas advert highlighting the impact of palm oil production on the environment is not going to be shown on TV after it was described as being "too political".

UK supermarket Iceland wanted to use an animation that had been made by environmental organisation Greenpeace, which tells the story of an orangutan whose home is being destroyed by palm oil producers.

But a group which makes decisions about which adverts are and aren't allowed in the UK - Clearcast - did not approve it. 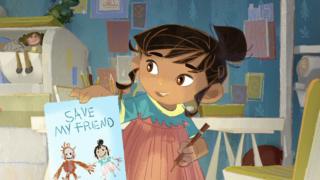 PA/Greenpeace
The advert features a young girl and a young orangutan, and highlights the impact that palm oil production is having on the planet

Earlier this year, the UK supermarket announced that it will stop using palm oil in its own branded products by the end of this year, saying it hopes that could help protect the environment.

It is the first major UK supermarket to ban using the oil.

The frozen food shop said it was made aware of the environmental issues of using palm oil by campaigners from Greenpeace, which works to protect the natural world and originally made the animation that Iceland hoped to use. 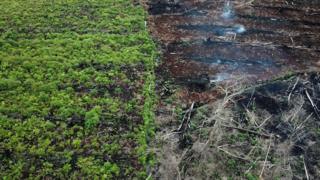 "Until such a time as there is genuinely sustainable palm oil that contains zero deforestation, we are saying no to palm oil," explained Richard. "We think it's the right thing to do."

So what is palm oil, what are the environmental issues with it and why is it causing a debate?

What is palm oil?

Palm oil is made from the fruits of trees called African oil palms.

The trees originally came from west and south-west Africa, but they were introduced to Indonesia and Malaysia in the late 19th and early 20th centuries.

They grow naturally in tropical rainforest areas, but they also are being planted and farmed especially to produce more palm oil. 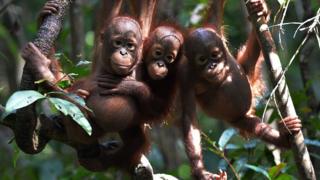 The trees may be produced on smaller family farms called smallholders or large plantations.

Dr Emma Keller from the World Wide Fund for Nature (WWF) - a charity that works to protect the planet - told Newsround: "Palm oil is in close to half of the products we buy in the supermarkets - in everything from shampoos and soaps, to pizzas and biscuits. It's everywhere."

It is a type of vegetable oil, like sunflower or rapeseed oil.

Why is palm oil seen as a good thing?

Some people say palm oil is the best type of vegetable oil to produce.

Emma explained: "Palm oil is a super-efficient crop, meaning that we can produce a lot more palm oil per area of land compared to other oil crops like soybean oil or coconut oil."

It is also reported that oil palm trees do not require as many pesticides or fertilisers to be used when growing them. 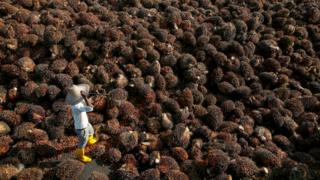 Reuters
Here, a worker is collecting the fruit inside a palm oil factory

"Palm oil has provided jobs for millions of small farmers, helping them to get out of poverty, earn more money and have a better life for them and their families," explained Emma.

Why is palm oil seen as a bad thing?

Environmentalists argue that this farming of oil palm trees is extremely bad for the planet.

Palm oil production is said to have been responsible for about 8% of the world's deforestation between 1990 and 2008.

This is because forests are burned to clear areas where people can grow oil palms - even if it's illegal.

Burning forests like this destroys the places where plants and wildlife live, meaning the area has less biodiversity.

Species like orangutans, rhinos, elephants and tigers can be affected.

A report for the Bank of England, which considered using palm oil in the production of the new £20 note, explained: "Forest fires, started to clear land for oil palm, release high levels of carbon dioxide and black carbon (soot) into the atmosphere, contributing to climate change."

Burning forests like this was blamed for extreme air pollution levels in Singapore in June 2013, when a thick haze covered the city. Children had to stay inside to protect themselves from the unclean air. 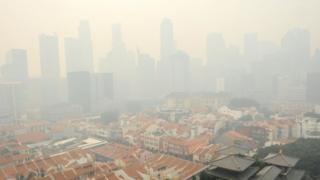 Amnesty International also reported at the end of 2016 that young children were being used in Indonesia to work in the production of palm oil - although the BBC has not been able to check what the report said.

Some also say that eating palm oil is not good for health, as it is high in saturated fat.

So what's the solution?

It is believed that the amount of palm oil that people around the world will consume is expected to go up over the coming years.

Work is being done to stop palm oil production from damaging the planet.

A group called the Roundtable on Sustainable Palm Oil (RSPO) was formed in 2003 to get those in the palm oil industry to work together to do this. Members of the group, which the WWF help to set up, are given strict guidelines about how they produce their palm oil. 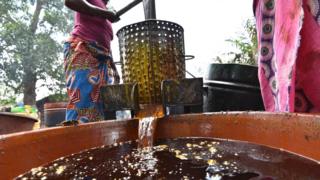 In this photo, a woman is pressing the pulp from the oil palm fruit in order to make oil

Some manufacturers have said they will only buy palm oil that they know has been produced in a sustainable way - meaning in a way that won't damage the planet. But many say it is difficult to know for sure whether or not farmers have actually followed the rules.

There has also been a change to make people who are buying things in the supermarket more aware of palm oil.

In the past, labels on food didn't used to have to say if palm oil had been used as an ingredient. They only had to say 'contains vegetable oil'.

But at the end of 2014, EU labelling laws changed so that products now have to state specifically if they contain palm oil. 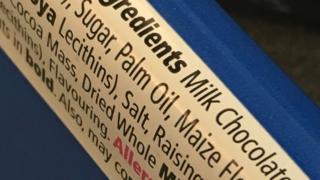 Campaigners say that it is difficult when looking at a palm oil product on a shelf to know if the oil has been produced in a way that is damaging the planet or not.

So should we just avoid palm oil completely?

The expert Emma does not think that the solution is to do this. She thinks we should still produce and use palm oil - as it is more efficient to produce than alternative vegetable oils - but do more to make sure that the palm oil being bought and sold is sustainable and certified. 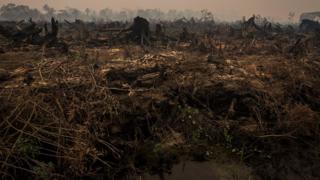 Getty Images
This is what land can look like after forest fires, which are carried out to clear land to make way to grow oil palms

"You are really important in helping us get to a world where sustainable palm oil is the norm and that it is unacceptable to produce palm oil in a way that damages the environment, and the health of the people working and living in palm oil producing areas," she said.

Members of the European Parliament have just called for an EU scheme to make sure unsustainable palm oil is not being bought.

We will have to wait to see what happens.