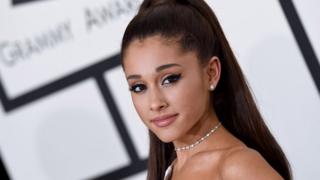 Ariana Grande has got some unexpected attention from Star Wars actor Mark Hamill - better known as none other than Luke Skywalker!

He tweeted the name of Ariana's new single 'Thank U, Next' and the pop star couldn't contain her excitement.

Mark later explained that he didn't realise he'd quoted the name of her single and went on to call Ariana "one of the most popular artists in the history of showbiz."

Ariana shared her excitement with fans, saying that "honest to god I'm not okay rn".

Should Ariana listen to these break-up songs?

Ariana Grande's new single and the top 10 songs about exes