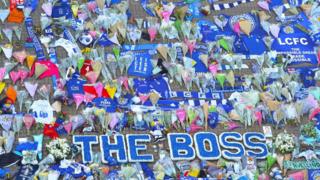 Getty Images
On Saturday, twenty-thousand Leicester City fans are expected to take to the streets to march in honour of the club owner who sadly passed away in a helicopter crash.

Twenty-thousand people are expected to take to the streets of Leicester to honour former Leicester City club owner, Vichai Srivaddhanaprabha.

It's the team's first match at home since their chairman was killed in a helicopter crash, along with four others, near the stadium on 27 October.

The walk is called 5,000-1 as a reminder of the odds of Leicester City winning the Premiere League in 2016.

On Friday, the club also announced their plans to put up a statue of Mr Vichai in front of the Leicester City stadium.

Why do footballers wear black armbands?

It's expected that the march will attract thousands - walking from Jubilee Square to the King Power Stadium.

The idea for the march came from sisters Megan, 14 and Casey, 11 - who appealed for five-thousand people to take to the streets ahead of the match to honour Mr Vichai. 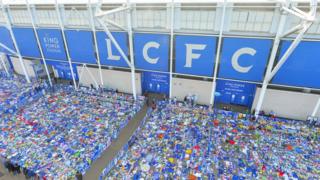 Getty Images
The march will finish at the Leicester City stadium ahead of the match against Burnley.

The best chairman ever

The players will wear shirts with the club owner's name and a two-minute silence will take place before the game, against Burnley, kicks off.

They will also don black armbands.

What do you think about the march? Will you be attending? We'd love to hear from you.

Footballers' black armbands: Why do players wear them?