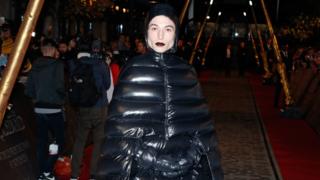 Getty Images
Ezra Miller wowed crowds at the world premiere of the new Fantastic Beasts film - what do you think of his red carpet look?

Ezra Miller blew crowds away on the red carpet last night with his unique red carpet look for the world premiere of the new Fantastic Beasts film.

Many of his co-stars were there for the Paris premiere, including Eddie Redmayne, Jude Law and Zoë Kravitz.

Fantastic Beasts: The Crimes of Grindelwald is the latest movie release set in the world of Harry Potter, but set decades before the events in the book series.

We also want YOU to tell us what you would like to ask the cast!

The film continues the story of Newt Scamander, writer of a famous book in the wizarding world called Fantastic Beasts and Where to Find Them.

Harry Potter fanatic? Check these out!

Ask the cast of Fantastic Beasts ANYTHING!

Check out more pictures from the red carpet. 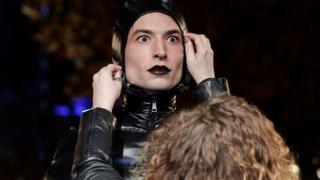 Getty Images
Ezra Miller's look has been described by one Twitter user as a 'sassy sleeping bag'. 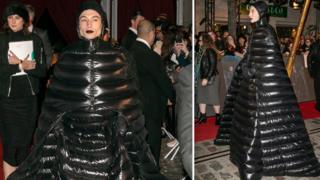 Getty Images
We know which of the cast we'd want to huddle around on a cold night. Ezra looks toasty warm!

Some of the reactions to Ezra's outfit on Twitter have been very positive.

One user described his look as a "sassy sleeping bag" while another said "look at Ezra Miller just casually achieving my dreams of becoming a human duvet".

Ezra plays Credence Barebone, a central character in the first film as a boy unable to keep his magical powers under control. 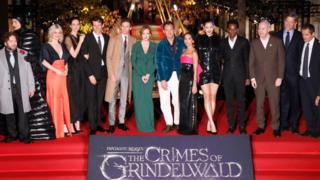 Getty Images
Many of the cast members were there to celebrate the opening of the Fantastic Beasts sequel, including author of the Harry Potter series J. K. Rowling. 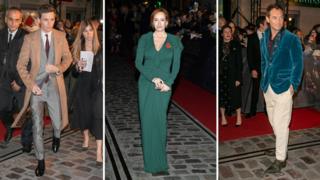 Getty Images
J. K. Rowling seemed pleased as punch to be on the red carpet. Many of the main cast from the film appeared at the premiere, including Eddie Redmayne who plays lead character Newt Scamander and Jude Law who plays a young Albus Dumbledore. 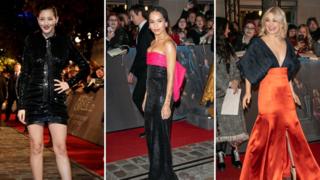 Getty Images
Claudia Kim who plays Nagini, Zoë Kravitz who plays Leta Lestrange and Alison Sudol who plays Tina's younger sister, Queenie Goldstein, were out on the red carpet with their co-stars.

What do you think of the cast's red carpet looks?

Fantastic Beasts: Meet the man who makes wands for the stars

Fantastic Beasts: The Crimes of Grindelwald - Ask the cast ANYTHING!