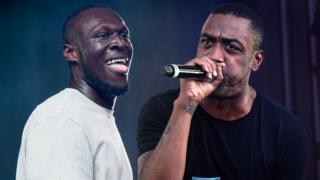 Grime artists Stormzy and Wiley are the latest celebs to publicly fall out and enter a rap beef.

There have been rumblings of trouble since 2019 but it all came to a head when Wiley put out a 'diss track' accusing Stormzy of selling out grime by putting out 'watered down music' by working with pop stars like Ed Sheeran.

Stormzy hit back with his own 'diss track' which left fans debating who won the first round.

Grime music is strongly influenced by Jamaican Dancehall music where DJs would go head to head with different songs to outdo each other to see who would come out on top. So it's no secret that grime has had a long list of pretty epic clashes.

But Stormzy and Wiley aren't the first celebrities to fall out. Take a look at some of these other famous celebrity beefs.

Why does Ariana's hair hurt her?

Justin Bieber just shaved off all of his hair

Here's what happened at the MTV European Music Awards

Zayn Malik and One Direction 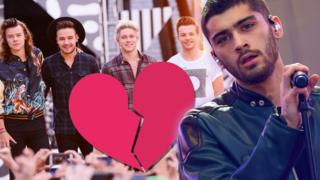 Zayn Malik has just admitted that his relationship with the other members of One Direction was not so wonderful towards the end.

The singer - who left the group in 2015 - said in an interview with Vogue magazine that he hadn't spoken to his former band mates in years, and that things had ended quite badly between the group.

This will come as a shock to 1D fans and might put an end to rumours that the band will have a full reunion at some point in the future. 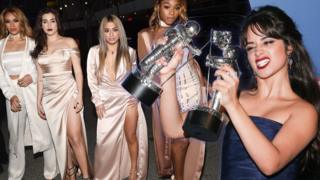 Camila Cabello was part of pop group Fifth Harmony from the age of 15, when they were brought together on the US version of The X Factor.

Together the group went on to achieve incredible international success, but Camila also wanted to pursue solo projects.

Since leaving the band in 2016, Camila has spoken out about the tensions in the group.

In an interview with the New York Times, Camila said that her collaboration with Shawn Mendes on 'I Know What You Did Last Summer' was a big source of problems with the other girls.

She said "I was just curious and I wanted to learn and I saw all these people around me making music, writing songs and being so free.

"I just wanted to do that and it did not work."

However, it seems the group was not happy with her pursuing a solo career as well as being in Fifth Harmony, so she left the band.

Tensions between Camila and the group became more obvious when Fifth Harmony staged a performance in which a fifth member was dramatically pulled from stage.

This moment apparently really upset Camila who commented that it made her cry.

Since then she's been more positive about the situation saying, "I have to make space for the good stuff to happen in my life ... I don't like holding onto the past."

Do you have any advice for friendship fallouts?

It's sad but friends can fall out. Maybe you have some advice for on what to do when you fall out with a friend?

Fifth Harmony are currently on hiatus to pursue solo careers.

In an official statement on the band's Twitter, they said "After six years going hard, non-stop, we also realized that in order to stay authentic to ourselves and to you, we do need to take some time for now to go on a hiatus from Fifth Harmony in order to pursue solo endeavours." 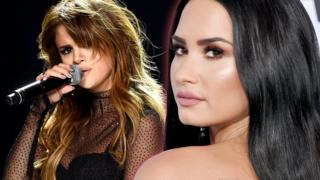 Disney kids Demi Lovato and Selena Gomez have been best friends since they both performed on children's show Barney and Friends.

In the early days of YouTube, the two even vlogged together!

However, their friendship has been through a bit of whirlwind since then - with an unfollow on Twitter and public hints at a friendship breakdown.

Reportedly, when asked how Selena was doing at an event, Demi said, "Ask Taylor [Swift]".

More on Selena and Demi

Demi Lovato: 'I will keep fighting'

Despite their relationship going cold, it seems the two care very much for each other and are very supportive of one another today.

Demi said she was "heartbroken" when she heard that Selena had been hospitalised recently due to her depression and her anxiety, and has been offering her support.

So it seems the pair are back on track! 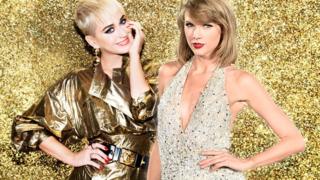 Getty Images
Katy Perry and Taylor Swift's feud is complicated, but have the two now made up?

Katy Perry and Taylor Swift's fall out has made lots of headlines over the years.

They are two of the biggest stars in the world so their feud was hard to go unnoticed.

While they started out as friends, the pair fell out in a big way when Taylor accused Katy of hiring dancers from her tour group in 2014.

"She basically tried to sabotage an entire arena tour. She tried to hire a bunch of people out from under me," Taylor said in an interview with Rolling Stone magazine.

Is the biggest feud in pop finally over?!

Katy Perry was unhappy with Taylor's accusation, tweeting "Watch out for the Regina George in sheep's clothing" - a reference to the comedy film, Mean Girls.

However, over the years their anger towards one another has faded.

In May 2018, Katy sent Taylor an olive branch - which is often seen as a symbol of peace - as an apology for their fight which Taylor accepted.

Have you got any other tips for our feuding celebrities? Maybe you've learnt how to make peace with friends you've fallen out with? We'd love to hear your thoughts in the comments!

Justin Bieber haircut: Singer shaves off hair and the internet is very happy

MTV European Music Awards round up