US mid-term results: 9 things you need to know

The results are in from the US mid-terms... and they are, er, mixed!

If you want to know what the mid-terms are, start here.

Here are the main things you need to know:

1. The Democrat party won the majority of seats in the House of Representatives.

2. The Republican party - Donald Trump's party - won a bigger number of seats in the Senate.

3. That means that the two parts of the US Congress are controlled by different parties, which could make it harder for Donald Trump to pass the laws he wants.

4. Donald Trump said the election night had been a success - despite his party losing control of the House of Representatives. 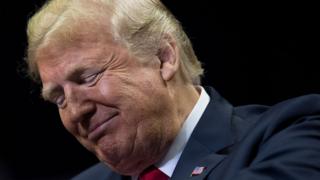 5. More women have been voted into seats than ever before.

6. The first ever Muslim congresswomen has been elected to national seats in Washington D.C.

7. For the first time, two women under 30 have been elected.

9. Colorado has elected Jared Polis, who is the first gay governor in the US.