UK's deepest hole and others around the world 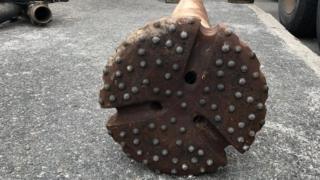 Geothermal Engineering
A big drill is being used to make the biggest hole in the UK.

Two really deep holes are being drilled down into the earth's crust in Cornwall, creating the UK's first ever hot rocks energy.

The deepest hole is literally ground-breaking at 2.8 miles deep.

It is thought to be the deepest ever drilled in the UK.

You could fit about 86 Nelson's Columns in there, end to end!

Cornwall was chosen because the deeper under ground you go the hotter the rocks become.

But what is hot rocks energy? 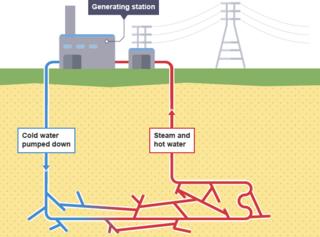 The company behind the project, Geothermal Engineering say hot rocks power could deliver "up to 20%" of the UK's energy needs "in a reliable and sustainable way".

The hole, which will take seven months to finish, will be one of the deepest man-made holes in the world.

More of the world's deepest holes. 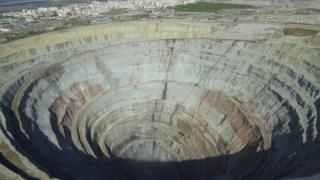 With rumours that swirly winds could suck you down its 1,700-feet-deep dark pit, this Russian diamond mine that began in 1955, remains off limits.

So deep it could hold New York's One World Trade Centre inside and measuring at 3,900 feet across, it's one of the largest excavated pits in the world.

The Kimberley Diamond Mine, South Africa 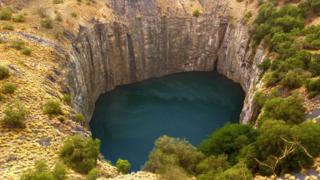 Another mine, this time in South Africa and described as one of the largest hand-made holes in the world.

This big hole actually started out as a big hill. With more than 50,000 miners pick-axing their way through soil and rock way back in 1866.

More than 6,000 pounds of diamond were pulled from what is now a tourist destination. 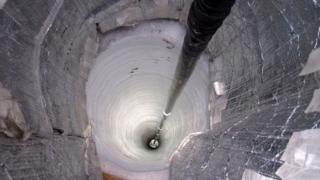 This South Pole Station in Antarctica has 86 cables that reach beneath the ice, far beneath the ice... Starting at 4,750 feet, all the way down to over 8,000 feet, that's about 1.5 miles.

It took seven years to drill holes for the cables, all done during Antarctica's summer and with a 25,000-pound hot water hose that melted roughly 200,000 gallons of water per hole. 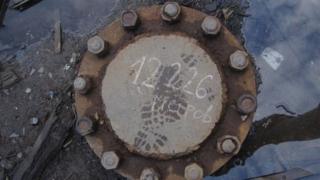 Now a 9-inch hatch doesn't look that impressive, but it actually covers the deepest hole in the world - deeper than even the deepest part of the ocean.

Reaching a depth of 7.5-miles the Kola Borehole was closed down in the 1990s after the temperature of the rock became too hot for equipment.

The site has been abandoned since 2008, with the hole bolted shut so nothing can get in... Or out...

Is this one of the deepest sinkholes ever?

Mission to drill deep into the earth's crust

UK's deepest hole and others around the world