Strictly Christmas 2018 special: Which celebrities and partners will be dancing together? 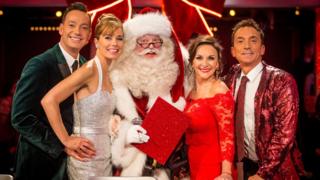 The celebrity contestants and their professional dance partners have been announced for this year's Strictly Christmas Special.

Six iconic contestants from the past will be returning to the ballroom on Christmas Day for a fun-filled, glitter spectacular on BBC One.

The theme for this year's festive extravaganza is fairytales and making dreams come true. Each of the six couples will perform a Christmas inspired routine in a bid to be crowned Christmas champions 2018. 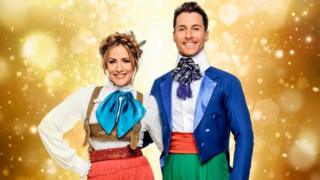 Television presenter Caroline Flack, who won the series in 2014, will be hoping to get her hands on the coveted silver star trophy as she returns to the show with Gorka Marquez.

Caroline says: "I can't quite believe it's been four years since I had the best time of my life, dancing with Pasha on the Strictly dance floor. My Glitterball still has pride of place in my living room!"

Having been within touching distance of the Glitterball trophy himself, losing in the 2017 final, Gorka will be hoping Caroline can provide the winning formula this Christmas. 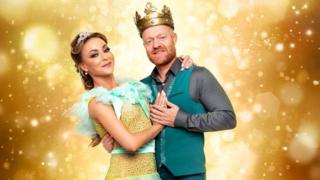 Caroline will face stiff competition from EastEnders star Jake Wood, who reached the semi-finals in the same series back in 2014. Jake is paired with one of Strictly's brand new professional dancers, Luba Mushtuk.

"It's been a few years since I donned the sequins so I can't wait to do it all over again for the Christmas Special. I loved my experience on Strictly Come Dancing and I jumped at the chance when they asked if I wanted to step back onto the dancefloor," says Jake. 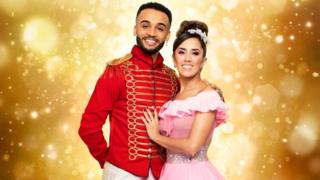 Meanwhile former JLS singer Aston Merrygold, who was controversially eliminated early from the competition last year has a chance to put things right after being reunited with his dance partner Janette Manrara, who says he's raring to go!

"I'm so happy to be able to get back in the Strictly floor. I feel like I've got some unfinished business with it!" 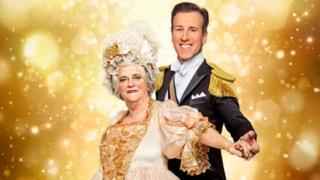 Another couple returning for the Christmas special is former politician Ann Widdecombe along with her dance partner Anton Du Beke. Has there ever been a more iconic duo?

On returning to the show, Ann says: "I am very much looking forward to returning to Strictly, where I shall once again be pushed, pulled, cajoled and coaxed around the dancefloor in all manner of ways by my poor dance partner. Who knows, they might even fire me out of a canon."

We do hope Ann's got her dancing shoes back on though. The pair made it all the way to the quarter-final in 2010, despite scoring consistently low marks throughout the series. 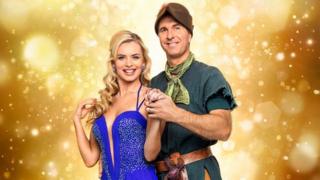 Also joining the star studded line up for Christmas is Michael Vaughan. Used to scoring sixes during his professional life as a former England cricketer, a score of 10 proved elusive during his time on the show back in series 10.

"Having not danced at all since 2012 I can't be any worse than then as I had no clue then, still have no clue, but can't wait to have some fun and at least it will help lose a few pounds over the Xmas party season!" he said.

For the Christmas show Michael will be paired with Nadiya Bychkova, who danced with Lee Ryan for her debut in the current season of Strictly Come Dancing. 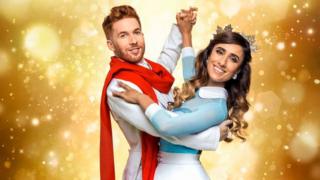 Finally, journalist Anita Rani, who lost in the 2015 semi finals, will be paired with group dancer Neil Jones. Jones is a festive seasoned pro appearing in the Christmas Special for the last two years.

On announcing her return, Anita said: "I can't contain my excitement about dancing again and getting sparkly for Strictly, stepping back inside the glitter ball of glam!"

Like the Christmas decorations that are brought out every year, Tess and Claudia will be hosting the show, along with all four judges - Craig Revel Horwood, Darcey Bussell, Bruno Tonioli and Head Judge Shirley Ballas - on the panel.

Strictly Come Dancing Christmas Special will be on BBC One on Christmas Day.

Strictly Come Dancing: Who is your favourite judge?

Strictly Come Dancing goes street: Try the routine and send us your videos