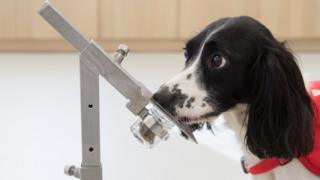 Once Upon a Pixel

Researchers in the UK and the Gambia say dogs can smell malaria and that the animals can help to eradicate the disease.

They were trained to smell the presence of the parasite in children by smelling their socks.

Malaria is a disease that is spread by mosquito bites.

Studies have already shown that being infected with the malaria parasite changes our smell to make us more attractive to the mosquitoes that bite people and spread the disease.

Now dogs are on the scent, too. 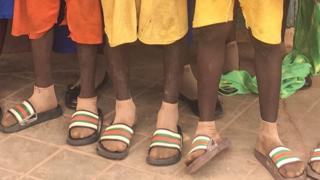 Children in the Gambia spent a night wearing nylon socks that absorbed their foot smell. These were shipped to the UK and dogs' noses were put to the test.

They correctly identified seven out of ten samples from infected children and incorrectly thought one-in-ten healthy kids had malaria.

It is still early stages, and researchers still need to improve the dog's accuracy but the dogs have potential.

The aim is to one day use the specially trained dogs in airports to find carriers of the disease in an effort to eradicate malaria for good.

These special mosquitoes are stopping disease instead of spreading it

He shoots, he pours! The footie kit made from coffee waste