Poppy Appeal: What do the different coloured poppies mean? 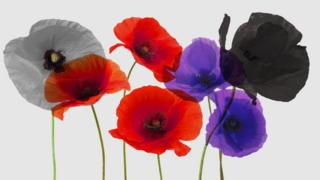 Getty Images
What do the different poppy colours mean?

Many people choose to wear a poppy in November for Remembrance Day to show respect for the people who died fighting in the First World War and the conflicts that followed it.

But there are other coloured poppies too - purple, black and white - that have different meanings.

What does the red poppy mean? 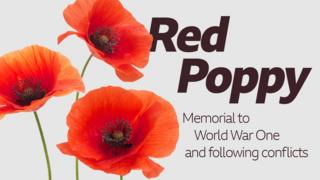 The red poppy is the most famous symbol used to commemorate those who sacrificed their lives in World War One and conflicts that followed.

Wearing a poppy was inspired by the fields of poppies that grew where many of the battles were fought.

The red poppy is connected to the Royal British Legion - a charity created by veterans of World War One.

They say that the red poppy represents remembrance and hope.

What does the purple poppy mean? 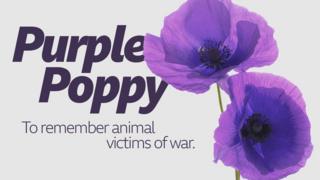 The purple poppy is often worn to remember animals that have been victims of war.

Animals like horses, dogs and pigeons were often drafted into the war effort, and those that wear the purple poppy feel their service should be seen as equal to that of human service.

In particular, many horses were killed or injured in World War One.

Donations to the Purple Poppy Appeal, which is organised by the War Horse Memorial, will go to charities like World Horse Welfare and the animal charity, Blue Cross.

What does the black poppy mean? 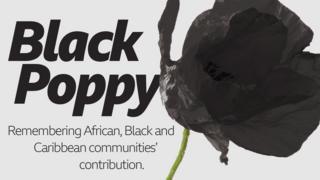 The black poppy has two different meanings attached to it.

It is most commonly associated with the commemoration of black, African and Caribbean communities' contribution to the war effort - as servicemen and servicewomen, and as civilians.

Why poppies are more than just flowers

What is Remembrance Day?

The campaign organisers say that while they also support the red poppy, they feel that the black poppy highlights this contribution and the place of black, African and Caribbean communities in remembrance.

What does the white poppy mean? 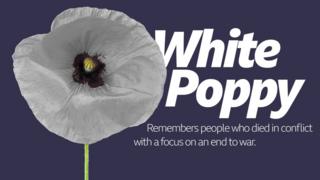 Getty Images
White poppy: Remembers people who died in conflict with a focus on an end to war

Some people feel that the red poppy glorifies war and conflict.

Instead they might choose to wear a white poppy.

The white poppy is handed out by a charity called Peace Pledge Union, which promotes peace.

They say that the white poppy commemorates people who died in conflict, but focuses on achieving peace and challenging the way we look at war.

What poppy do you wear? Or do you choose not to wear a poppy? Let us know in the comments below.

Tower of London Poppy display wins the hearts of millions