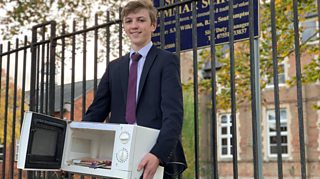 Teenager Jacob who protested against his school's 'no rucksack' policy by taking his work to school in a different object each day of the week, including a microwave.

Schools often ban items of clothing or are strict about uniform, appropriate shoes, ties, haircuts and make-up... but one school in Lincolnshire took this unusual step because 'injury was being caused to younger students' due to increasingly big and heavy bags.

17 year old Jacob, also wrote a 3,000 word essay, hoping that a compromise could be reached between sixth formers and the school. 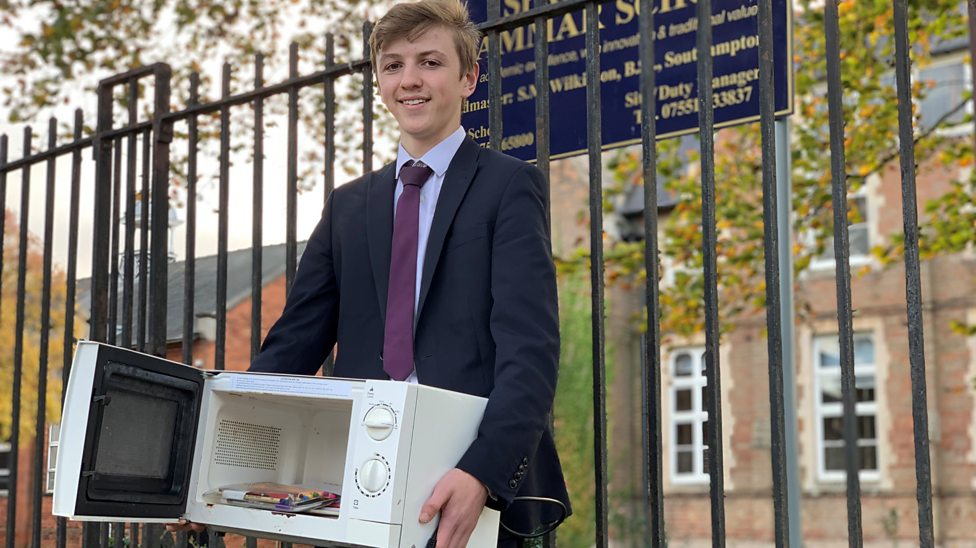