It is 100 years since the end of one of the most significant wars in modern history - World War One.

It became known as the Great War because it affected people all over the world and was the biggest war anyone had ever known.

It even came to be known as 'the war to end all wars', as no conflict before World War One had caused destruction on this scale before. People wanted to believe that nobody would ever want to go to war again after it. (Sadly, we know it was not to be the last devastating war that the world would experience).

Millions of people - both soldiers and ordinary citizens - lost their lives. Of those who did come home from the war, many were injured physically or struggled mentally as a result of what they had experienced.

On 11 November 1918, the guns fell silent and the war came to an end, but its impact was felt for many, many years after.

World War One changed the world in ways that nobody could have imagined. Here, we take a look at how.

One of the most significant impacts of World War One was huge advances in technology, which would transform the way that people all around the world travelled and communicated, in particular, in the years after the conflict.

New weapons and technologies were developed and used that led to more destruction than any war had seen in the past.

In 1914, planes were still a very new invention. The first one had only taken to the skies just 11 years before!

They were rare and fragile, but when war broke out, scientists and engineers worked hard to develop planes that were stronger, quicker and capable of being used in battle.

The first bombs were dropped from the air (by hand at first by the pilot!) and planes were used to spy on enemy territory. It is estimated that it would take a plane just four hours to gather the same amount of information as a patrol on foot could get in 24 hours. 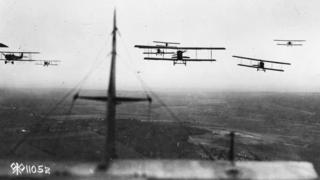 It wasn't just the war in the air that saw huge advances in technology, though. Special technology to detect German submarines called U-boats was invented to protect the British Navy - at the time, the largest navy in the world.

Meanwhile on the land, poisonous gas was being used as a weapon, so gas masks were created to protect soldiers.

Special technology called sound ranging that enabled soldiers to pinpoint where the enemy was from the sound of their gunfire also proved extremely important.

Finally, tanks were also used for the first time, which could drive across muddy battlefields and fire lethal weapons. Britain used tanks in battle for the first time on 15 September 1916 and, in total, produced around 2,600 of them throughout the war. 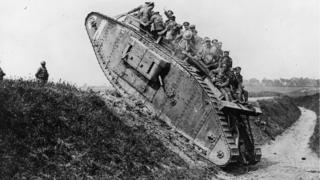 It wasn't just weaponry that advanced, though. New methods of photography, sound recording and ways to communicate were developed during the war, which had a long-lasting impact.

Knowing more about these new technologies and ways of fighting would prove vital for future military tactics and in preparations for World War Two.

Wounds inflicted on soldiers were like nothing medical professionals had had to deal with before - not least in terms of the numbers of people injured.

So the war meant that medicine had to catch up to be able to deal with these problems.

Donating and giving blood started during World War One, when a US army doctor called Captain Oswald Robertson realised that blood needed to be stockpiled so it was there ready and waiting when casualties arrived.

He set up the first blood bank on the Western Front in 1917, using sodium citrate to stop the blood from clotting and becoming unusable. 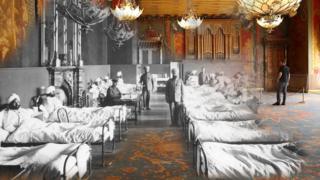 A special rod called a Thomas splint, which was used on soldiers who had broken their leg, was also developed. At the start of the war, four in every five soldiers with a broken femur died. By 1916, four out of five survived.

During World War One, medical professionals and army generals learned many important lessons about administering medical aid during warfare.

War is incredibly expensive - and this war was no different. Just one day's worth of bullets cost £3.8 million in September 1918.

Before the war, Britain was in fact the world's economic superpower, with significant levels of wealth and resources.

But war took its toll and the effect of how much it cost was felt for many years to come. It left much of Europe in severe economic hardship.

Germany, especially, had to pay an enormous bill of £6,600 million for the damage caused, as well as provide other compensation.

Up until the war, women were perceived in a certain way in society. Their role was traditionally to stay in the home.

Issues like politics and war were very much seen as things for men to deal with. 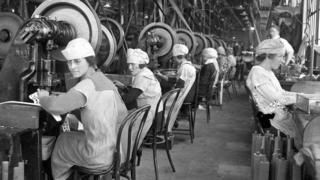 In the UK, laws were being changed to improve women's standing in society. For example, they had more rights when it came to their houses and their children, but there was still a long way to go before men and women would be treated more equally.

When war broke out and the men went off to fight, it was women who took on their jobs and kept things running back in Britain. Across the country, by late 1918, nine in every ten workers in the munitions industry were female - jobs which traditionally would have been done by men. Women also worked as conductors on trams and buses, as typists and secretaries, and on farms. 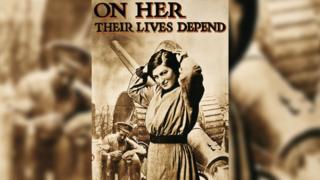 Women still weren't allowed to do all jobs that men did, though, and there was still inequality in terms of wages and the skills they were allowed to learn.

Many women also had to return to a more domestic life when the men came home as a result of a law called 1919 Restoration of Pre-War Practices Act. It wasn't until the Second World War in 1939 that many women returned to these industrial jobs.

But in February 1918, some women won the right to vote for the first time. Then the Sex Disqualification (Removal) Act of 1919 made it illegal to exclude women from jobs because of their gender.

The contribution made during the war by women was seen an important reason for laws changing, and progress being made in terms of better equality and opportunities for them.

As can often be the case following conflict between countries, World War One resulted in the political map of Europe being reshaped. Countries' borders moved and there was arguing over who would rule where.

Under the Treaty of Versailles which was drawn up after the war to essentially decide what would happen next, Germany lost about a tenth of its lands. Further treaties saw Bulgaria, Austria and Hungary all lose territory too. 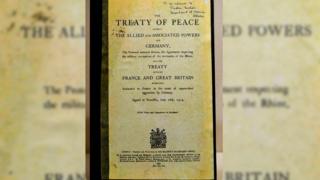 World War One spelled the end of the Ottoman Turkish empire and also contributed to the Russian revolution, which marked the beginning of a new politics system in action - communism.

Even today, countries disagree over who should be in charge of certain areas, but World War One certainly had a big impact on how Europe's political map was drawn.

It is not accurate to say that World War One was a cause of World War Two, but it is accepted that the punishments put on Germany a result of the Treaty of Versailles after World War One contributed to the causes of it.

In 1919, this treaty imposed harsh terms on Germany forcing them to accept the blame for the war and pay huge sums for the damages of the war, as outlined above.

Germany was shocked by how strict the treaty was. It was humiliating and many people wanted revenge.

At a time when the country was politically unstable and extremely poor, it was the perfect climate for Adolf Hitler (who led the Germans in World War Two) to rise to power by telling the German people what they wanted to hear and making big promises to them.

How football paused WW1 at Christmas

Be a garden wildlife helper this summer