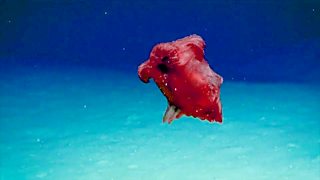 OK, so this is something you have probably NEVER seen before...

A sea cucumber (yes, they are real) that looks pretty much like a headless chicken.

Let us introduce you to Enypniastes eximia, nicknamed the headless chicken monster!

It's the first time this fascinating creature has been filmed off East Antarctica.

This sea cucumber rarely lives above 1,000m below sea level.

Usually it is too cold and too deep for camera equipment to film down there, but specialist casing for their cameras means scientists can now study the sea cucumber in its natural environment.

What makes this one particularly special is that it can shine light from its feet and tentacles - this is to scare off other sea monsters looking for a tasty snack. 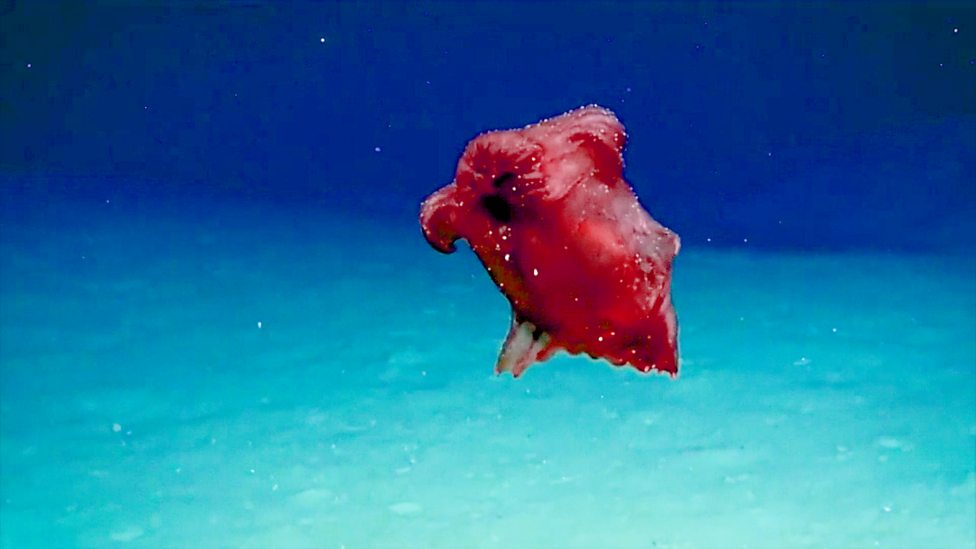