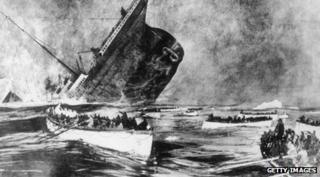 Rust-forming bacteria is rapidly eating away at the iconic shipwreck of the Titanic.

Experts predict the boat has little more than 20 years left. That means a group of paying passengers won't only be the first to see the wreck since 2005, they could also be among the last to see it at all.

When the ship set sail on its maiden voyage in 1912, no one could have guessed what the huge boat would look like now - a rusting hulk of metal at the bottom of the Atlantic Ocean. 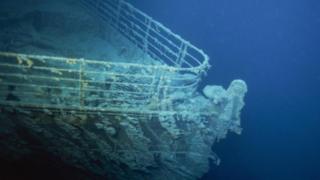 Getty Images
Rust-forming bacteria is rapidly eating away at the iconic shipwreck of the Titanic.
A surprise discovery

When the Titanic hit an iceberg, on its ill-fated maiden voyage, the ship split in two and sank to the bottom of the sea, at a depth of 2.5 miles. About 370 miles off the shores of Newfoundland, Canada.

The wreck of the Titanic was discovered in 1985. The discovery only came about because of a US Navy mission to locate the wrecks of two US nuclear submarines sunk during the Cold War. It just so happened that the Titanic was found between the two vessels.

Since then there have been several deep sea explorations to find more secrets about the ship. However, scientists believe that in a few decades there may be nothing left of the ship to see at all. 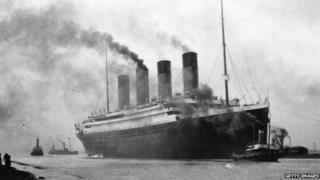 Surrounded by deep-sea darkness, the wreck has been sitting at the bottom of the sea for over 100 years while bacteria eats away at its metal hull, leaving behind millions of delicate, icicle-shaped formations.

It means that the window of opportunity to visit the Titanic, for scientific purposes or otherwise, is quickly disappearing. One new opportunity is with OceanGate, a private company that uses its small fleet of manned submarines to explore, research and catalogue oceans in North America.

For the first time the company is welcoming paying passengers for a mission to the titanic next year.

Mission specialists will help the crew using hi-tech lasers, sonars and imaging technology to come up with the most detailed and accurate 3D model of the ship in history. 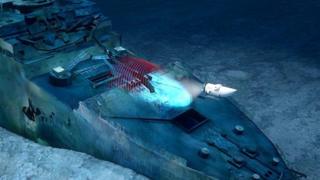 How did the Titanic sink?

Within minutes of hitting the iceberg the boat begins to take on thousands of tonnes of sea water through holes in its hull. The man that designed the ship, Thomas Andrews, is on board and goes to look at the damage. He tells the captain that the ship is going to sink. 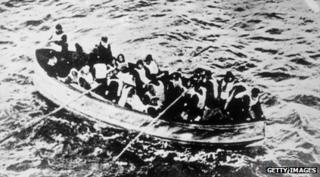 The captain, Edward J Smith, orders the lifeboats to be lowered. After ten minutes passengers start leaving the ship, with women and children taking the first spots. There are enough spaces for 1000 passengers, but some of the boats are sent off half-full.

The Titanic's bow, the front of the boat, is now completely underwater causing the back of the boat to lift up. 18 out of 20 of the lifeboats have been lowered and all the lights on board finally go out.

The back of the boat gets pushed further out of the water. The ship's hull isn't strong enough to withstand the pressure and snaps in two.

The front of the boat disappears beneath the surface of the ocean, the back half of the Titanic follows soon afterwards.

2.24am - Titanic reaches the bottom of the ocean

The front half of the ship reaches the bottom first. Two minutes later, the back half of the Titanic joins it on the floor of the Atlantic. The wreck of the ship is still there today.